She Interviewed 100 Convicted Rapists In India. This Is What She Learned

Nirbhaya brought thousands of Indians to the streets to protest the widespread culture of rape and violence against women in 2012. 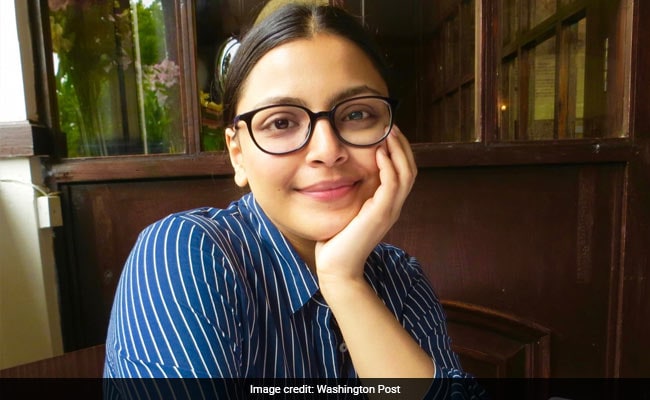 Madhumita Pandey has interviewed 100 of them for her doctoral thesis

New Delhi: In India, many consider them "monsters."

Madhumita Pandey was only 22 when she first went to Tihar Jail in New Delhi to meet and interview convicted rapists in India. Over the past three years, she has interviewed 100 of them for her doctoral thesis at the criminology department of Anglia Ruskin University in the United Kingdom.

It all started in 2013, first as a pilot project, months after the highly publicized gang rape and murder of a woman now known as "Nirbhaya" meaning "Fearless One." The details of the case - a young, aspirational medical student who was attacked on the way home with a friend after watching the movie "Life of Pi" - struck a chord in India, where according to the National Crime Records Bureau, 34,651 women reported being raped in 2015, the most recent year on record.

Nirbhaya brought thousands of Indians to the streets to protest the widespread culture of rape and violence against women in 2012. That year, gender specialists ranked India the worst place among G-20 countries to be a woman, worse even than Saudi Arabia where women have to live under the supervision of a male guardian.

"Everyone was thinking the same thing," said Pandey, who at the time was on the other side of the world, in England, finishing off her master's. "Why do these men do what they do? We think of them as monsters, we think no human being could do something like that."

The protests forced a national conversation about rape, a topic which still carries huge stigma in India. Pandey, who grew up in New Delhi, and saw her city in a new light after the Nirbhaya case, said: "I thought, what prompts these men? What are the circumstances which produce men like this? I thought, ask the source."

Since then, she has spent weeks talking to rapists in Delhi's Tihar Jail. Most of the men she met there were uneducated, only a handful had graduated high school. Many were third- or fourth-grade dropouts. "When I went to research, I was convinced these men are monsters. But when you talk to them, you realize these are not extraordinary men, they are really ordinary. What they've done because of upbringing and thought process."

In Indian households, even in more educated families, women are often bound to traditional roles, Pandey said. Many women won't even use their husbands' first names, she pointed out. "As an experiment, I phoned a few friends and asked: what does your mom call your dad? The answers I got were things like 'are you listening,' 'listen,' or 'father of Ronak' (the child's name).'"

"Men are learning to have false ideas about masculinity, and women are also learning to be submissive. It is happening in the same household, Pandey said. "Everyone's out to make it look like there's something inherently wrong with [rapists]. But they are a part of our own society. They are not aliens who've been brought in from another world."

Pandey said that hearing some of the rapists talk reminded her of commonly held beliefs that were often parroted even in her own household. "After you speak to [the rapists], it shocks you - these men have the power to make you feel sorry for them. As a woman that's not how you expect to feel. I would almost forget that these men have been convicted of raping a woman. In my experience a lot of these men don't realize that what they've done is rape. They don't understand what consent is."

"Then you ask yourself, is it just these men? Or is the vast majority of men?" she said.

In India, social attitudes are highly conservative. Sex education is left out of most school curriculums; legislators feel such topics could "corrupt" youth and offend traditional values. "Parents won't even say the words like penis, vagina, rape or sex. If they can't get over that, how can they educate young boys?" Pandey asked.

In the interviews, many men made excuses or gave justifications for their actions. Many denied rape happened at all. "There were only three or four who said we are repenting. Others had found a way to put their actions into some justification, neutralize, or blame action onto the victim."

One case in particular, participant 49, sent Pandey on an unexpected journey. He expressed remorse for raping a 5-year-old girl. "He said 'yes I feel bad, I ruined her life.' Now she is no longer a virgin, no one would marry her. Then he said, 'I would accept her, I will marry her when I come out of jail.'"

The response shocked Pandey so much that she felt compelled to find out about the victim. The man had revealed details of the girl's whereabouts in the interview. When she found the girl's mother, she learned that the family had not even been told that their daughter's rapist was in jail.

Promoted
Listen to the latest songs, only on JioSaavn.com
Pandey hopes to publish her research in the coming months but said she faces hostility for her work. "They think, here comes another feminist. They assume a woman doing research like this will misrepresent men's ideas. Where do you begin with someone like that?" she said.