Sharad Yadav, who is prone to controversies over misogynistic and sexist comments, was campaigning in Alwar for the elections on Friday. 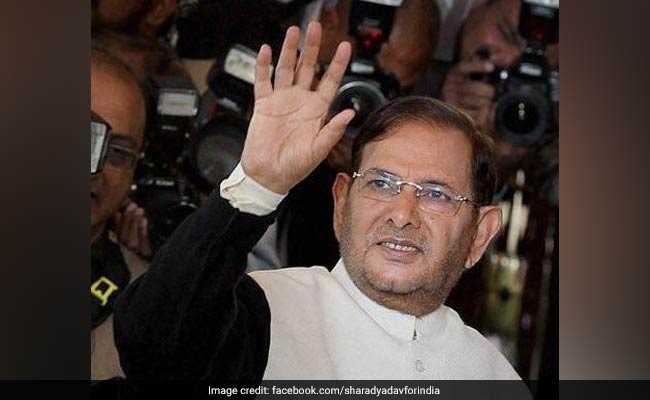 Bihar politician Sharad Yadav has been caught making an outrageous comment on Rajasthan Chief Minister Vasundhara Raje while campaigning in the state.

Sharad Yadav, who is prone to controversies over misogynistic and sexist comments, was campaigning in Alwar for the elections on Friday when he took a swipe at Vasundhara Raje and body-shamed her.

The BJP has complained to the Election Commission against Mr Yadav.

"I said it as a joke. I've old relations with her. It wasn't derogatory in any way. I had no intentions of hurting her. When I met her, I told her then also that you're gaining weight," Mr Yadav told news agency ANI later.

Last year, Mr Yadav made a strange connection between the "honour of a vote and a daughter's honour".

In 2015 in parliament, Mr Yadav, while participating in a discussion, went off on a tangent and started describing the beauty of "saanvli (dusky)" South Indian women.

Rajasthan votes tomorrow for a new 200-member assembly. Mr Yadav, a veteran politician known for his humour, was campaigning for candidates of his Loktantrik Janata Dal.