The opposition had filed cases of negligence against Chief Minister Pramod Sawant following the deaths. 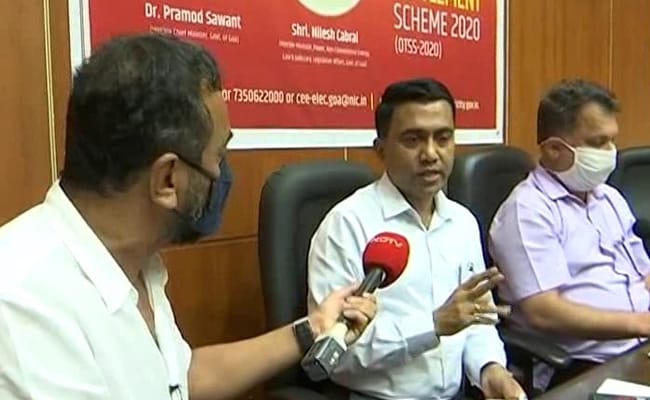 Goa Chief Minister Pramod Sawant said he briefed the party about the situation in the state.

The BJP in Goa today held an urgent core committee meeting a day after it was reported that 75 patients had died in the past few days at the state's biggest Covid facility due to a glitch in oxygen supply.

All senior BJP leaders attended today's meeting that discussed the issue of mortality and what needs to be done so that such fatalities can be stopped, party leaders said today.

"The number of cases went high very fast and that's the reason we are facing these issues of oxygen and beds. The focus was on what needs to be done now," said Union Ayush Minister Shripad Naik.

When questioned, Chief Minister Pramod Sawant said he attended the meeting to brief the party about the latest situation in the state.

Questioned about the feud between him and state Health Minister Vishwajit Rane that required the intervention of Union Home Minister Amit Shah, he simply said, "That topic is over now."

The opposition has reacted strongly to the deaths with the Goa Forward Party, on Friday, filing a police complaint against the Chief Minister and other senior officials.

The complaint alleges gross and reckless acts of negligence and deliberate omission of duty, which led to the deaths of several Covid patients, according to ANI.

Meanwhile, in a status report filed by the Goa government in the High Court, it has assured that a liquid oxygen tank will be operationalised in the state May May 17. It has also assured that oxygen cylinders will be made available for 24x7 home use.