The loss in Nagpur came as a big setback to the BJP, given its status as the headquarters of the Rashtriya Swayamsevak Sangh. 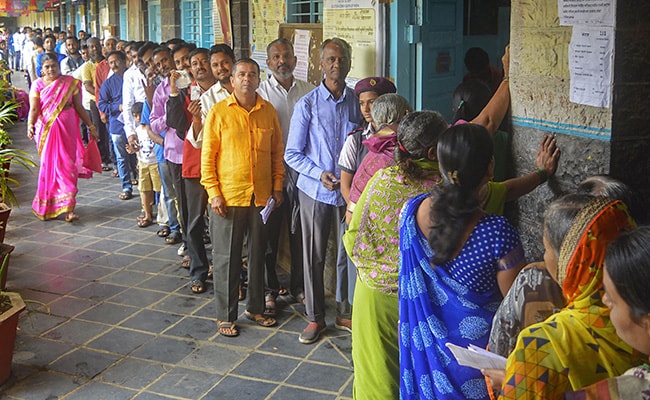 The zilla parishad elections in Maharashtra were held on Tuesday.

The Shiv Sena, Congress and Sharad Pawar's Nationalist Congress Party have together emerged as big winners In the recent elections held in several districts of Maharashtra, with the Congress scoring a big win in Nagpur, home to the BJP's ideological mentor, the Rashtriya Swayamsevak Sangh and former Chief Minister Devendra Fadnavis.

In the Nagpur, the Congress alone hauled in 30 of the 58 seats. The NCP and the Shiv Sena managed 11 and 1. The alliance together won 42 seats, the BJP trailed with 15.

The losses are particularly embarrassing for the BJP, which lost in home grounds of leaders like Chandrakant Bawankule and senior BJP leader and Union Minister Nitin Gadkari.

"The decision to announce a loan waiver and allot Cabinet berths to leaders from Vidarbha has helped the Congress and the Maha Vikas Aghadi in these elections," Chandrakant Bwankule told reporters.

In another blow for the BJP, its candidate Maruti Somkuvar lost to Congress's Mahendra Dongre in Dhapewada, the native village of Gadkari.

The results of the district-level polls come as a big setback to the BJP, which emerged as the single largest party in the recently concluded assembly polls. The BJP won 105 of the 288 assembly seats, the Shiv Sena 56, the NCP 54 and the Congress 44 seats.

In Palghar, the Shiv Sena won 18 of the 57 seats, three more than its previous score of 15, while the BJP tally dropped to 12 from 21. The Maharashtra Vikas Aghadi now has the numbers to claim the president's post in the Palghar Zilla Parishad, which was held by the BJP earlier. Palghar has seen a bitter rivalry between the Shiv Sena and the BJP.

Dhule has been the sole prize for the BJP where the party has won convincingly by getting 39 of the total 56 seats. The alliance together got only 14 seats (Shiv Sena - 4, Congress - 7, NCP - 3).

In neighbouring Nandurbar, the BJP was neck-and-neck with the Congress -- tied at 23 of the 56 seats. The Sena won seven seats, the NCP-3.

Sharad Pawar's NCP put up a good performance in Washim, with 12 of the 52 seats against the BJP's seven. The Congress won nine seats, the Shiv Sena, six.

With the state slipping out of its grasp following the alliance between the Sena, NCP and the Congress, former Chief Minister Devendra Fadnavis had campaigned intensively in the local bodies polls to make up for the party's strategic loss.

The Congress is celebrating already.

"The Congress preponderates BJP in RSS heartland! Congress sweeps Nagpur Zilla Parishad Polls. We Congratulate the winners & thank the Voters for instilling faith in Congress Party,"  the party said in a tweet.

From the NCP, its Maharashtra unit chief Jayant Patil said that people have expressed their dissapointment with the BJP.

"The BJP losing the Nagpur ZP election marks the beginning of its defeat elsewhere in Vidarbha," Mr Patil said.

"The BJP faced defeat where it is in command and has strong leaders. The people of Nagpur have expressed their disappointment with Devendra Fadnavis and BJP. Maharashtra will take a note of it," he added.