While Honeypreet Insaan and Sukhwinder Kaur, who are lodged in Ambala jail, appeared through video-conferencing, the other accused appeared in the court in person. 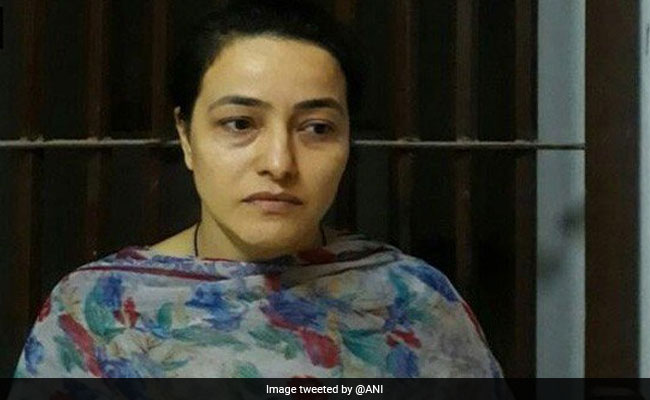 Honeypreet Insaan, along with others, was named in the complaint (File Photo)

However, Additional District and Sessions Judge Sanjay Sandhir framed charges against Honeypreet and other Dera followers under relevant sections of the Indian Penal Code in connection with the violence following the conviction of the Dera chief in rape cases that left more than 30 people dead and over 200 injured.

"The court has dropped charges against the accused under section 121 (waging or attempting to wage war) and 121A (conspiracy to commit offences punishable by section 121) of the IPC," defence lawyer Suresh Rohilla said.

Mr Rohilla said that the charges had been framed against the accused, including Honeypreet Insaan, under various sections related to unlawful assembly and criminal conspiracy of the IPC.

While Honeypreet Insaan and Sukhwinder Kaur, who are lodged in Ambala jail, appeared through video-conferencing, the other accused appeared in the court in person.

The Panchkula police had booked Honeypreet Insaan and other Dera followers on the charges of sedition and criminal conspiracy in connection with the Panchkula violence case.

Honeypreet Insaan, along with others, was named in the complaint for allegedly conspiring to incite violence in Panchkula that broke out following the conviction of the Dera head in August 2017.

According to the charge-sheet, the conspiracy to spread violence was hatched by Honeypreet Insaan and the 45-member Dera management committee at the Dera headquarters in Sirsa.

Defence counsel said that the case would now be heard in the court of Panchkula Chief Judicial Magistrate and November 6 had been fixed as the next date of hearing.

After the conviction of Dera head, the police had then taken Gurmeet Ram Rahim along with Honeypreet Insaan in a chopper from Panchkula to Sunaria jail in Rohtak.