"Scared Of Her Own Shadow": PM Modi Targets Mamata Banerjee At Bengal Rally 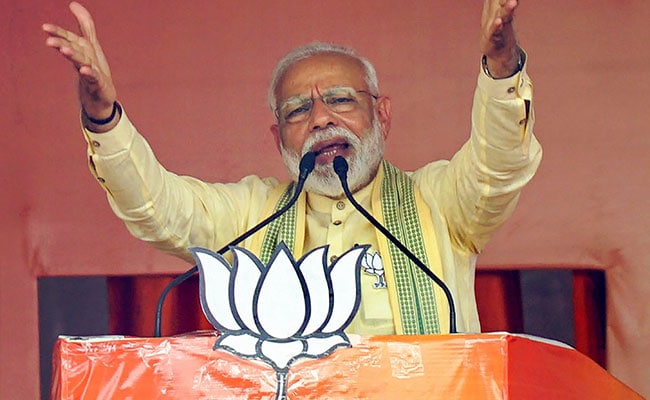 PM Modi Rally in Bengal: PM hit out at Mamata Banerjee at a rally in Basirhat.

Amid the huge political row over yesterday's violence during a rally of BJP chief Amit Shah in Kolkata, Prime Minister Narendra Modi today declared that Mamata Banerjee has taken "revenge".  The Bengal Chief Minister, he said, is afraid of the outcome of the election and is "scared of her own shadow".

The BJP and the Trinamool Congress have been at loggerheads since yesterday over the violence, during which a statue of Iswarchandra Vidyasagar -- a 19th Century reformer and an iconic figure in the state -- was smashed. The parties have blamed each other for the vandalism.

"Mamata didi had declared publicly two days ago that she will take revenge (inch inch ka badla). She fulfilled her agenda within 24 hours, BJP President Amit Shah's road show was attacked," PM Modi said at a rally in Bengal.

This, he said, was "intimidatory tactics" from the Bengal Chief Minister, who swept to power in the state in 2011, ending the 35-year Left rule. "Mamata didi got scared after seeing the BJP wave in the state. And everyone now knows what she is capable of when scared," he said.

The violence comes days ahead of the last phase of the national elections, during which polling will be held on nine of the state's 42 seats.

The BJP has been trying to expand its tally in the state from two to 23, and over the last year, there have been regular clashes between the workers of the two parties. Violence has been a feature in every phase of the national polls held in the state.

PM Modi today said the BJP has won big in Phases 5 and 6 in the state. Nine of Bengal's 42 seats, along with state capital Kolkata, vote on Sunday.