Diamond merchant Savji Dholakia said that around 1700 diamond artists and engineers have been given the cars. 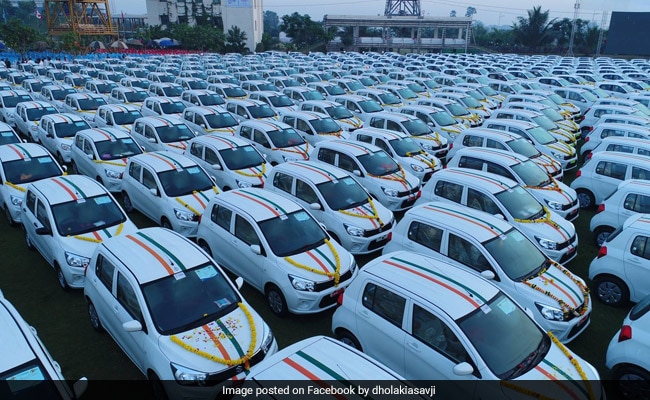 Savji Dholakia, a billionaire diamond merchant based in Gujarat's Surat, is known for handing out lavish gifts to his employees on Diwali. This year too, the businessman did not disappoint.

On Thursday, Mr Dholakia distributed 600 cars to the staff of his company, Hare Krishna Exports. Prime Minister Narendra Modi handed out keys to the brand new cars to four of the employees, including a physically challenged woman, at a grand event organised by the billionaire.

The diamantaire posted a photo with PM Modi on Facebook, saying "Around 1700 diamond artists and engineers have been given the cars 'as part of our loyalty bonus programme for our employees'."

This year, the diamond polishers and engineers at the Hare Krishna Group will receive Renault KWID and Maruti Suzuki Celerio cars.

"The on-road price of both the cars are up to Rs. 4.4 lakh and Rs. 5.38 lakh, respectively," Mr Dholakia said in his Facebook post.

There are around 5,500 employees in the company; 4,000 have already received their gifts, the post added.

The diamond merchant, who is from Amreli in the state's Saurashtra region, started his business with a small loan from his uncle, says reports.