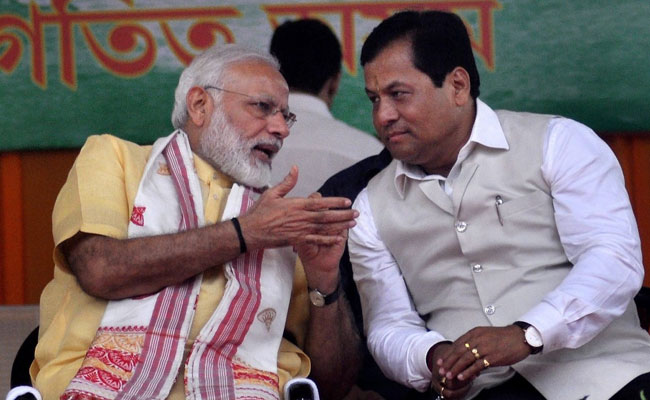 Sarbananda Sonowal assured the people of Assam that he will never betray them.

Cornered over widespread protests in the state over the Citizenship (Amendment) Bill 2016, which has been passed in Lok Sabha on January 8, Assam Chief Minister Sarbananda Sonowal today reassured agitators that he would 'never betray them'. The BJP had come to power in the state in 2016.

The Chief Minister had been criticised for not considering the popular sentiment in the state against the controversial bill.

Pressure increased on Mr Sonowal after the state government of Meghalaya, Manipur, Mizoram and Nagaland opposed the bill. The Meghalaya cabinet has already passed a resolution opposing the bill, with even its lone BJP minister siding with the majority.

In Meghalaya, Sofiur Rahman, head of the State BJP's Minority Morcha, resigned from the party in protest the bill. He has warned the party of an impending defeat if it tables the bill in the Rajya Sabha.

"You'll see one day, only we can protect the Assamese race. I am the Chief Minister and I am here to establish peace following the ideologies of Dr Bhupen Hazarika and Hemanga Biswas," Mr Sonowal added.

At least four BJP MLAs, including speaker of state legislative assembly Hitendra Nath Goswami, have aired their opposition to the bill.

The Asom Gana Parishad (AGP) that cut ties with the BJP over the bill, has decided to launch state-wide protests from January 18.