Congress spokesperson Abhishek Singhvi demanded who in the BJP is trying to "save" Sandip Ssingh, who produced "PM Narendra Modi" before the 2019 polls. 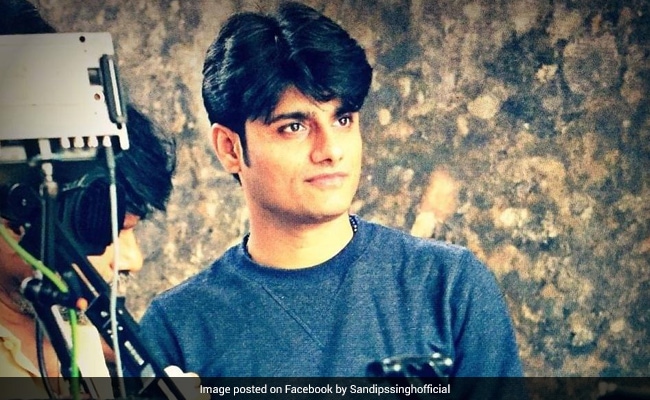 Sandip Ssingh has been targetted by the Congress in the Sushant Singh Rajput case.

Sandip Ssingh, the producer of a biopic on Prime Minister Narendra Modi, who has faced charges linked to drug use emerging in the wake of actor Sushant Singh Rajput's death had close ties with BJP and the party's government in Gujarat even gave him a multi-crore contract recently, the Congress has alleged.

Congress spokesperson Abhishek Singhvi asked who in the BJP is trying to "save" Sandip Ssingh, who produced "PM Narendra Modi", the posters of which were unveiled by the then Maharashtra chief minister Devendra Fadnavis.

Mr Singhvi alleged the film producer who claimed to be Sushant Singh's close friend made 53 calls to the Maharashtra BJP office in the last few months. "Who he was seeking security from," Mr Singhvi asked.

He said political parties do not get into Bollywood matters. "But if a suspect is linked to the ruling party, the country wants to know who is he connected to and who in the BJP is trying to save Sandeep Ssingh," the Congress leader said.

"Was Sandeep Ssingh the reasons for showing alacrity in ordering a CBI probe? Why are such people linked to the BJP?" he asked.

Mr Singhvi said Mr Fadnavis and senior BJP leader Nitin Gadkari should answer as to why Sandip Ssingh made these many calls to the Maharashtra BJP office and who was his boss.

The Congress leader said Sandip Ssingh's closeness to the ruling party is evident from the fact that he made the biopic on PM Modi. "He is not a common person as none other than the then CM Devendra Fadnavis released the posters of this film."

On the drugs angle coming up during the investigation into death of Sushant Singh Rajput, Mr Singhvi asked what was the Fadnavis government doing at the time as it was in power in 2017 and 2018.

He also alleged that a case of assault on a minor Swiss national was lodged against Sandip Ssingh on March 29 in Mauritius, as per documents available from the Indian embassy.

Mr Singhvi also alleged that even though his company had shown losses, the Vibrant Gujarat state summit had signed a Rs 177-crore agreement with Sandip Ssingh in 2019.

The Supreme Court had last week upheld the transfer to the CBI an FIR lodged by Sushant Singh Rajput's father in Patna against actress Rhea Chakraborty and others for driving his son to suicide and cheating him financially.