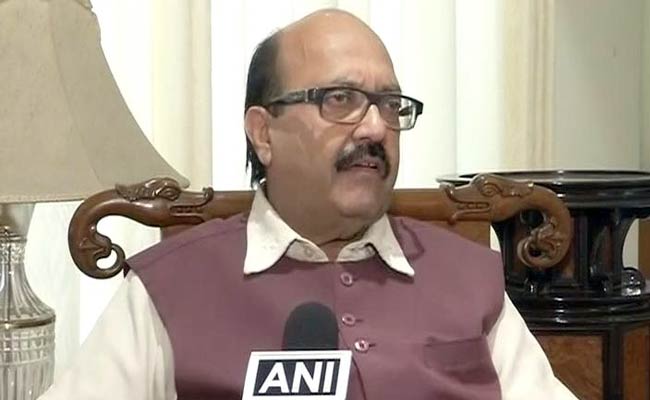 Amar Singh is considered to be a close aide of Mulayam Singh Yadav.

New Delhi: Weeks after gaining control of Samajwadi Party from his father Mulayam Singh Yadav, Akhilesh Yadav has engineered the relocation of the party patriarch's loyalists Amar Singh and Beni Prasad Verma in the Rajya Sabha to the last row, inferring a downgrade of their status in the House.

Amar Singh, who was seen as the main cause of rift between Mr Akhilesh and Mr Mulayam that finally led to a bitter feud over the party symbol, had earlier been allocated seat number 136 in the third row of the Upper House. Now, his seat has been relocated to seat number 174 in the last row, following the request from Samajwadi Party's Chief Whip in the House Naresh Agrawal.

Along with Mr Singh, Mr Verma - a former member of the Congress - has also been moved to the last row.

When contacted, Mr Agrawal told PTI that seats of these two MPs have been changed as they were not regular in the House.

"Both these MPs were not regular. So their seats have been changed and in their place, those MPs who are regular have been moved to the front rows," he added.

Promoted
Listen to the latest songs, only on JioSaavn.com
The seats of Mr Singh and Mr Verma have been interchanged with Sanjay Seth and Surendra Singh Nagar, who have been moved to the front rows. Akhilesh Yadav wrested control of Samajwadi Party last month after a bitter power struggle with his father. The party has forged an alliance with the Congress to contest the upcoming Uttar Pradesh assembly elections.