Russia-Ukraine crisis: S Jaishankar said the discussion with US Secretary of State Antony Blinken was on the ongoing developments in Ukraine and their implications. 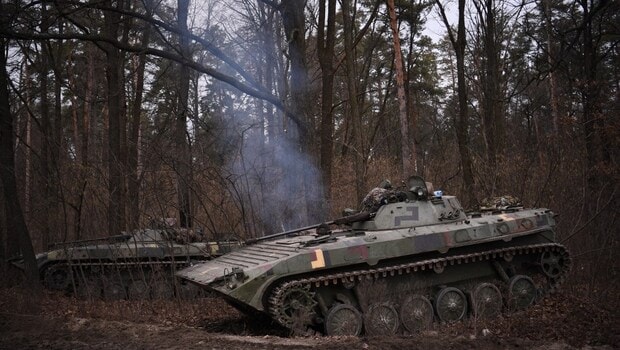 External Affairs Minister S Jaishankar on Thursday night held a telephonic conversation with US Secretary of State Antony Blinken and his Russian counterpart Sergey Lavrov on the Ukraine crisis.

In a tweet, Mr Jaishankar said the discussion with Blinken was on the ongoing developments in Ukraine and their implications.

"Appreciate the call from @SecBlinken. Discussed the ongoing developments in Ukraine and its implications," he said.

Appreciate the call from @SecBlinken.

Discussed the ongoing developments in Ukraine and its implications.

On his talks with Lavrov, Mr Jaishankar said he conveyed to his Russian counterpart that dialogue and diplomacy are the best way forward.

"Just spoke to Foreign Minister Sergey Lavrov of Russia on the Ukraine developments. Underlined that dialogue and diplomacy are the best way forward," the external affairs minister tweeted.

Just spoke to Foreign Minister Sergey Lavrov of Russia on the Ukraine developments.

Underlined that dialogue and diplomacy are the best way forward.

In the course of the day, Jaishankar also spoke to EU High Representative for Foreign Affairs Josep Borrell and British Foreign Secretary Liz Truss on the evolving situation in Ukraine.

Following the Russian attack on Ukraine, India underlined the need for dialogue among the key parties and that it will be more than happy to facilitate that engagement.

Foreign Secretary Harsh Vardhan Shringla said at a media briefing that India has been in "close touch" with all concerned including the US, Russia and the European Union as it has a "stake" in the region.

"We have maintained that the parties need to talk to each other, parties need to be engaged and if there is anything that we can do to facilitate that engagement, we are more than happy to do. As we go along, we will try and be as helpful as possible," Mr Shringla said.

On Western sanctions on Russia, the foreign secretary said certain unilateral sanctions were already existing and that some additional sanctions have now been imposed.

"But this is an evolving situation as I said and we have to see what sort of impact these sanctions will have on our own interests. Clearly, we need to study this carefully because any sanction will have an impact on our existing relationship. I think it would only be correct to acknowledge that factor," he said.