In 2013, when the BJP was in power, Rajendra Shukla was a Cabinet Minister, he had promised to provide the displaced people of Rani Talab and Chuna Bhatta in Rewa, houses free of cost. 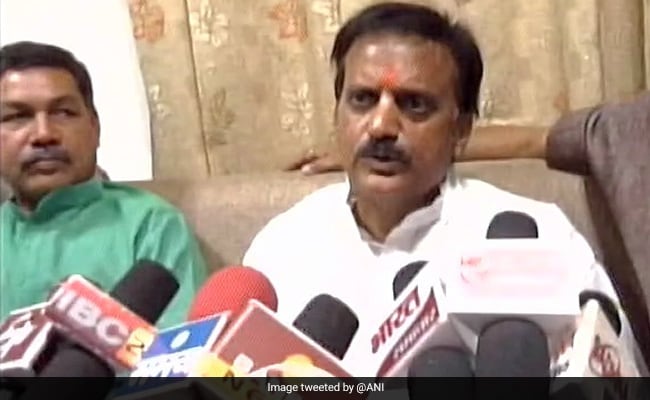 Rajendra Shukla could not be reached on the issue. (File)

Former Madhya Pradesh Minister Rajendra Shukla has received a recovery notice of Rs 4.94 crore from the municipal corporation office at Rewa town over an irregularity in payment caused by a promise made by him.

The notice was issued on Thursday by corporation secretary Sabhajit Yadav.

In 2013, when the BJP was in power, and Shukla was a Cabinet Minister, he had promised to provide the displaced people of Rani Talab and Chuna Bhatta in Rewa, houses free of cost.

The oustees eventually went on to reside in the houses constructed under the Integrated Housing & Slum Development Programme (IHSDP). However, they did not deposit the 'margin money' of Rs 15,000 per house.

"The promise was made during 2013 assembly polls. Pamphlets were also distributed. They eventually began living in 248 EWS houses," the notice read.

"Apart from the margin money, the rest of the amount was to be paid through bank loan. The displaced people said you had promised to provide them houses free of cost," the notice sent to Shukla read.

"The municipal corporation has suffered a loss of Rs 4.94 crore. Hence, according to the corporation's rules, you are requested to deposit the said amount," the notice mentioned.

When IANS tried to contact Mr Shukla on the issue, he could not be reached.

(Except for the headline, this story has not been edited by NDTV staff and is published from a syndicated feed.)
Comments
Rajendra ShuklaRajendra Shukla BJP