The attached properties include 70 "invaluable" animal trophies, furniture made of rosewood, a house on Hyder Ali Road (Abba road) in Mysuru and a coffee plantation in Kerala's Wayanad district, the Enforcement Directorate (ED) said. 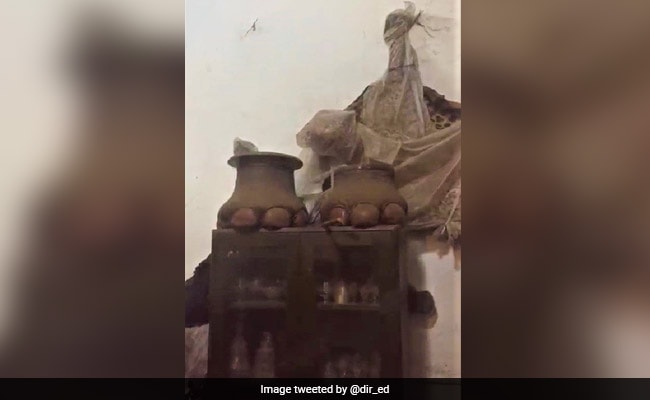 Assets worth over Rs 117 crore, including 70 animal trophies and rosewood furniture, of a man, who allegedly cheated a British taxidermist of the Maharaja of Mysore, have been attached under the anti-money laundering law, the ED said on Wednesday.

The agency said a provisional order has been issued against Michael Flyod Eshwer, a horse trainer based in Karnataka's Mysuru, under the Prevention of Money Laundering Act (PMLA).

The attached properties include 70 "invaluable" animal trophies, furniture made of rosewood, a house on Hyder Ali Road (Abba road) in Mysuru and a coffee plantation in Kerala's Wayanad district, the Enforcement Directorate (ED) said.

The total value of the attached assets is Rs 117.87 crore.

Late taxidermist Edwin Joubert Van Ingen, who lived in India, was allegedly conned by Eshwer who created a "false adoption deed" in his favour and usurped the assets that were gifted by the Maharaja of Mysore to Van Ingen, the federal probe agency said.

The ED said it took over the probe into the cheating and forgery case on the basis of a charge sheet filed by the Bengaluru Police''s CID in 2013. The CID was investigating the matter on the directions of the Supreme Court.

"Eshwer created a false adoption deed in his favour and also got a false death certificate of Van Ingen, and fraudulently got the properties transferred in his name," it alleged.

He came to know about Van Ingen and the properties that were gifted to the taxidermist by the Maharaja of Mysore for his services, the ED said.

"He also got to know that Van Ingen was not married and old-aged. He took advantage of this and fraudulently took possession of the properties held by Van Ingen," the agency charged.

It said Eshwer, in connivance with others, "breached the trust of" Van Ingen.

The taxidermist later filed a police complaint, it said.

"Eshwer projected the said properties as untainted and thus committed the offence of money laundering," the ED said and added that further probe in the case is ongoing.