"The party leadership was also being frequently warned over this. Every true Congress worker of Jharkhand is happy with his going to BJP," Jharkhand Congress MLA from Barkagaon Amba Prasad wrote on her official Twitter handle. 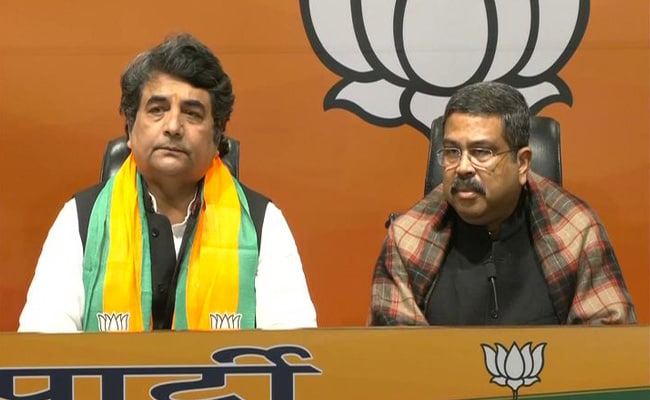 RPN Singh was the AICC in-charge of Jharkhand till the time he tendered his resignation. (File)

Following former Union Minister RPN Singh's exit from the Congress and joining the Bharatiya Janata Party (BJP), Jharkhand Congress MLA from Barkagaon Amba Prasad claimed that Singh had colluded with BJP for more than a year to overthrow the Congress-JMM (Jharkhand Mukti Morcha) government in Jharkhand.

"The party leadership was also being frequently warned over this. Every true Congress worker of Jharkhand is happy with his going to BJP," Ms Prasad wrote on her official Twitter handle.

Notably, RPN Singh was the AICC in-charge of Jharkhand till the time he tendered his resignation.

Not only Amba Prasad but other leaders from Jharkhand Congress expressed their happiness over Mr Singh joining BJP as they feel he was weakening the party.

The Congress Party's ex spokesperson and delegate member of the present Jharkhand Pradesh Congress Committee Alok Dubey said, "RPN Singh has been weakening the party in the state right from the beginning. His decisions have always benefitted the BJP instead of Congress. Demoralizing and insulting Congress workers in Jharkhand was his constant behaviour. Four state presidents have left their posts in his tenure as in-charge. He's leaving Congress is good for the party."

Earlier Jharkhand Congress President Rajesh had said, "It's sad. Many changes have come and gone, doesn't matter. He must have decided after a lot of thinking. We're true soldiers of Congress, we'll live and die here. We think his decision is wrong."

Meanwhile, RPN Singh while responding to the allegation of him overthrowing the Congress-JMM government in Jharkhand, he said he had worked to lead the Congress in power and the state is aware of it.