Rift Deepens Between Apple, Telecom Regulator TRAI Over "Do Not Disturb" App

The impasse comes after Apple in October agreed to provide some help to the regulator to tap into new iOS features to build the "Do Not Disturb" app. 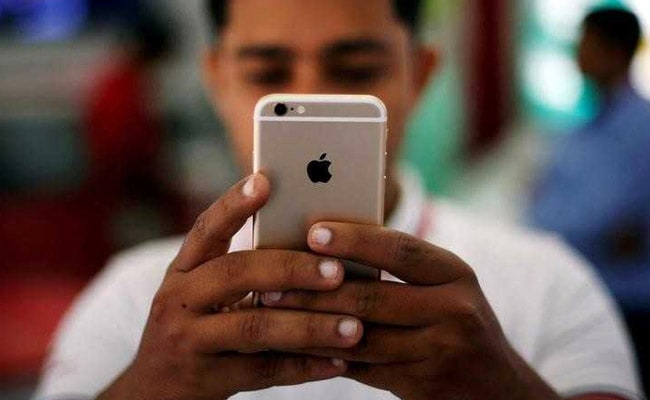 New Delhi/ San Francisco: Technology giant Apple Inc and India's telecom regulator TRAI are at loggerheads over the development of a government anti-spam mobile application, with user privacy at the heart of a deepening rift between the two sides.

The latest impasse comes after Apple in October agreed to provide some help to the regulator to tap into new iOS features to build the "Do Not Disturb" app, which allows users to report unsolicited calls and text messages as spam.

At issue has been Apple's contention that allowing the app broad access to customers' call and text logs could compromise privacy.

The arguments are the latest example of challenges faced by global technology players, who often need to balance user privacy while handling requests from governments and regulators around access to content on devices. In July, Apple removed apps from its Chinese App Store that helped users browse the Internet privately in order to comply with a new cyber security law.

In India, despite October's agreement, the two sides have not met since November, and the Indian regulator told Apple in January it was still waiting for "basic clarifications" on what exactly can the iOS version of its app offer, according to a government source with direct knowledge and an email exchange seen by Reuters.

Apple told Reuters last week the government app "as envisioned violates the privacy policy" of its App Store. Apple said it had been working with government engineers and would "continue discussing ways they can design their app to keep users' personal data safe".

Apple's stance, though, has irked the head of the Telecom Regulatory Authority of India (TRAI), RS Sharma, who says he will consult his legal team on how Apple could be pushed to help develop the application more swiftly.

"We will take appropriate legal action," Mr Sharma told Reuters in an interview. "This is unjust, it shows the approach and attitude of this company."

He did not elaborate on what action the regulator might take.

Apple did not comment on Mr Sharma's remarks, but said that it shared TRAI's goal of protecting customers from unwanted calls and messages.

Millions of Indians are inundated by telemarketing calls and other unsolicited text messages daily in the world's second largest wireless telecoms market behind China.

The Android version of TRAI's "Do Not Disturb" app was introduced in 2016. When opened for the first time, it requires users to grant the app permissions to access contacts and view text messages and then allows users to report them as spam.

Google has said keeping users' information secure is its top priority and the company believes in "openness and in the ability of users to make purchasing and downloading choices without top-down enforcement or censorship".

Apple said it would not modify its guidelines to allow any app access to contacts, see call logs or view text messages as those functionalities violate a user's data security and privacy.

TRAI's RS Sharma disagrees. "Users should be in control of this data," he said.

Apple said it has offered to have its technical teams meet TRAI, but a government source said the regulator was awaiting more details from the company before proceeding.

The tussle comes at a critical time for Apple as it looks to India as a key growth market where it is also in talks to expand iPhone manufacturing.

TRAI has in the past taken decisions that have dented the plans of other tech giants. In 2015, it called for the suspension of Facebook's pared-back free Internet service, Free Basics, and months later it dashed the company's plans by supporting net neutrality - a principle that says Internet service providers should treat all traffic on their networks equally - effectively barring the service.

Things could be tougher in Apple's case, however.

Any outright legal challenge by Mr Sharma - an official who has previously worked as the IT secretary - is likely to be harder for TRAI to pursue as it directly regulates only licensed telecom providers.

Nevertheless, Mr Sharma could request the department of telecommunications - which he works closely with - to invoke a decades-old law that allows the government to impose regulations even on handset makers, according to two Indian lawyers who specialize in technology policy.

"It's likely to be more of a public relations battle against Apple rather than a legal one," said Kunal Bajaj, a former TRAI consultant.
© Thomson Reuters 2018
Comments
AppleTRAI