Sukhbir Singh Badal claimed that his party, the Shiromani Akali Dal, has been batting for the joint celebrations from the beginning. 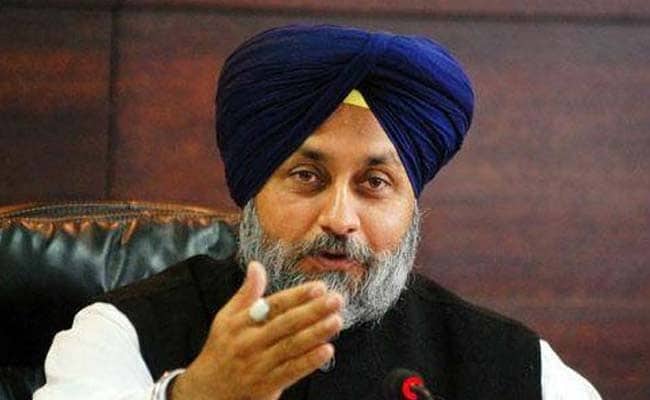 Shiromani Akali Dal (SAD) President Sukhbir Singh Badal on Wednesday said that he respects the Punjab government's offer to celebrate 550th anniversary of Guru Nanak Dev at Sultanpur Lodhi under the aegis of the Akal Takht, the highest temporal seat of Sikhism.

To resolve the logjam with Shiromani Gurdwara Parbandhak Committee (SGPC) over organising the function on November 12, Chief Minister Amarinder Singh on Tuesday spoke to Akal Takht Jathedar Giani Harpreet Singh over the phone while his cabinet colleagues Charanjit Singh Channi and Sukhjinder Singh Randhawa met him to convey the state government's proposal.

Mr Badal claimed that his party has been batting for the joint celebrations from the beginning.

"But what pained me is the fact that barely two hours after his ministers had presented the letter to Akal Takht Jathedar, Captain (Amarinder Singh) told the media that SGPC could take care of religious events inside the gurdwara, while the state government would look after the function outside it," he said.

"The entire Sikh Sangat all over the world want a joint celebration of Guru Nanak's Parkash Parv and Captain should not put any rider or condition on his offer for celebrating it under the command of Akal Takht Sahib," Mr Badal added.

The former Punjab deputy chief minister was talking to reporters after addressing a poll rally for BJP-SAD nominee Rajesh Bagha.