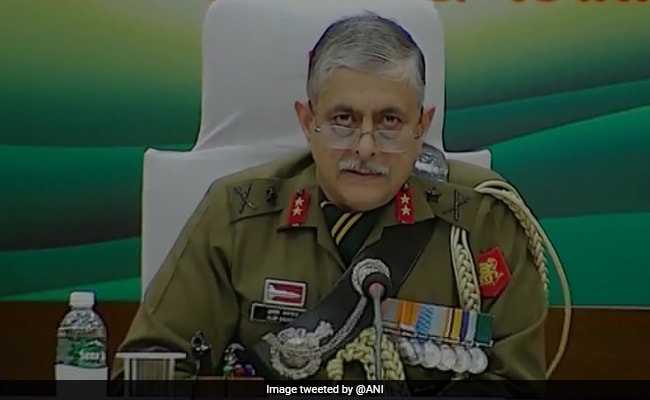 There will be a total of six marching contingents of the Indian Army at RDP-22.

How Indian Army uniforms and rifles have evolved over the decades will be on display at this year's Republic Day parade, Major General Alok Kakkar said on Sunday.

Three marching contingents of the Indian Army will wear uniforms and carry rifles from previous decades, while one contingent will wear the new combat uniform and carry the latest Tavor rifles at Republic Day Parade-2022 (RDP-2022) as a part of 'Azadi ka Amrit Mahotsav' celebrating the 75th year of India's independence, he said.

There will be a total of six marching contingents of the Indian Army at RDP-22, he said at a press conference.

Each marching contingent at RDP-22 will comprise 96 soldiers instead of the usual 144 so that proper attention can be given to COVID-19 protocol.

The second marching contingent, of Assam regiment soldiers, will wear the 1960s uniform of the Indian Army and carry .303 rifles.

The 1970s uniform of the Army will be worn by soldiers of the Jammu and Kashmir Light Infantry regiment, who will form the third marching contingent, and they will carry 7.62 mm self-loading rifles, he informed.

The fourth and fifth marching contingents will be of Sikh Light Infantry and Army Ordnance Corps Regiment respectively, he said, adding that these soldiers will wear the current uniform of the Army and carry 5.56 mm Insas rifles, Alok Kakkar noted.

The sixth contingent will be of Parachute regiment soldiers who will wear the new combat uniform, which was unveiled earlier this month, and carry Tavor rifles, he stated.

Overall, there will be a total of 14 marching contingents -- six of Army, one of Navy, one of Air Force, four of Central Armed Police Forces (CAPFs), two of National Cadet Corps (NCC), one of Delhi police and one of National Service Scheme (NSS), he said.