Eleven years ago, on the night of November 26, a 20-year-old woman was raped in the bathroom of a swimming pool in Digboi in Tinsukia district 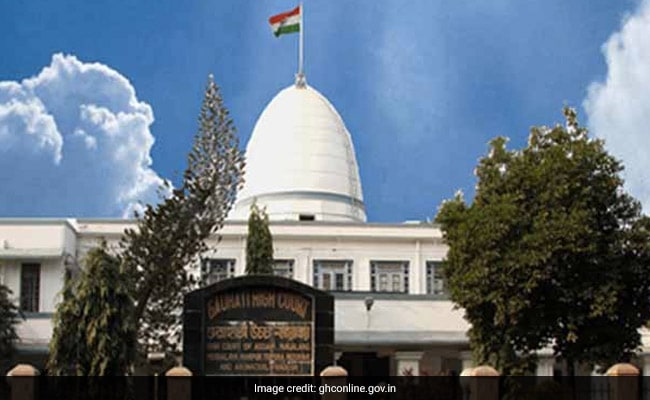 The Gauhati High Court on Monday said rape was a violation of an individual's right to life and personal liberty, as it relied on the statement of a rape survivor to uphold the order a lower court and find the accused - Nasir Uddin Ali - guilty of the rape of a 20-year-old woman in November 2009.

In an order passed by Justice Rumi Kumari Phukan, the court held that statements by rape survivors could be accepted as a truthful version of events, if supported by other evidence on record.

"The courts are sensitised that rape is a violation of (the) victim's fundamental right under Article 21 of the Constitution and (the) rape victim is placed on a higher pedestal than an injured witness," the judge said.

Eleven years ago, on the night of November 26, a 20-year-old woman was raped in the bathroom of a swimming pool in Digboi in Tinsukia district.

The incident took place as the young woman was returning home from work; she was employed at a private hospital in Digboi.

A case was lodged at the Digboi Police Station and Nasir Uddin Ali, then the accused, was arrested by the cops. He was found guilty by a trial court and sentenced to nine years' rigorous imprisonment.

Nasir Uddin Ali's lawyer appealed the verdict in the High Court, arguing that the young woman had changed her statement during the trial. Therefore, the lawyer said, the original verdict - delivered on the basis of changed testimony - was viewed in poor legal light.

Appearing on behalf of the state, the lawyer for the young woman argued against the appeal, holding that his client's statement could not be discarded as evidence because the medical examination was inconclusive.

It was also established, the lawyer further argued, that the accused was present at the place where the crime had been committed.

The court pointed out that the young woman had withstood a lengthy cross-examination without vital contradiction that would otherwise throw suspicion on her statement.

The court also said the evidence and facts present left no room for any doubt, adding that the rape survivor's evidence was akin to a "sterling witness".