A member of the state's electorally significant tea tribe community, he defeated Congress veteran Paban Singh Ghatowar by a record margin of over 3.6 lakh votes in Assam's Dibrugarh. 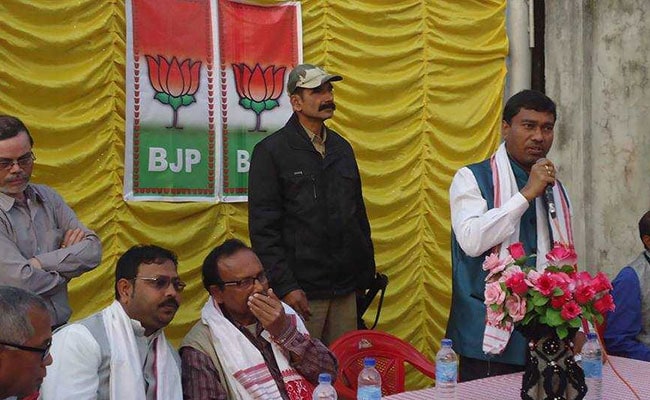 Rameshwar Teli, who won from Assam's Dibrugarh Lok Sabha constituency for the second time in a row, was rewarded with a ministerial position in Prime Minister Narendra Modi's cabinet today.

Mr Teli, a member of the state's electorally significant tea tribe community, defeated Congress veteran Paban Singh Ghatowar by a record margin of over 3.6 lakh votes. In 2014, he had beat the five-time parliamentarian by a margin of over 1.85 lakh votes.

The 48-year-old politician's history with the BJP goes back over two decades. His first electoral victory came when he contested from the assembly seat of Duliajan in 2001. Five years later, he was re-elected to the Assam assembly from the same constituency. He has also served as a member of the Standing Committee on Industry and the Consultative Committee under the Ministry of Development of the North Eastern Region.

Rameshwar Teli faces no criminal cases, and his net worth is less than Rs 10 lakh.

The BJP-Asom Gana Parishad alliance was able to win nine of the 14 Lok Sabha seats in Assam this time, leaving just three for the Congress and two for non-aligned candidates. This is an improvement of two seats over the seven it notched in the 2014 elections.