Rajeev Topno, a 1996 batch IAS officer of Gujarat cadre, will have three years tenure, it said. 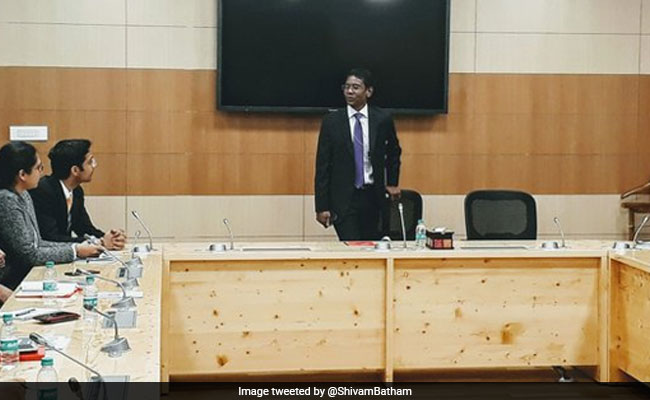 Besides him, Brajendra Navnit who served in the Prime Minister's Office (PMO) has been appointed as Ambassador and Permanent Representative of India to the World Trade Organisation (WTO), Geneva, Switzerland.

Mr Topno is a 1996 batch IAS officer of Gujarat cadre.

Mr Navnit, a 1999 batch IAS officer of Tamil Nadu cadre, served as joint secretary in the PMO between July 2014 and September 2019.

These appointments assume significance as India is grappling with an economic crisis due to coronavirus pandemic and these organisations play an important role in deciding different trade-related activities.

Five other officers have been appointed to different economic and trade-related posts abroad.

Senior IAS officer Ravi Kota will be Minister (Economic) at the Indian embassy in Washington. He is a 1993 batch IAS officer of Assam-Meghalaya cadre.

Lekhan Thakkar, a Central Secretariat Service (CSS) officer, has been appointed Counsellor (Economic) at the Indian Embassy in Beijing, China.

Anwar Hussain Shaik has been appointed Counsellor, Permanent Mission of India to the WTO. He is an Indian Railway Traffic Service officer of 2000 batch.

N Ashok Kumar will be Advisor (Industry and Engineering), Embassy of India, Brussels, Belgium. He is a 2004 batch IAS officer of Manipur cadre.

All these officers will have a tenure of three years, the order said.