Payal Jangid received the award on Tuesday during the Goalkeepers Global Goals Awards hosted by the Foundation. 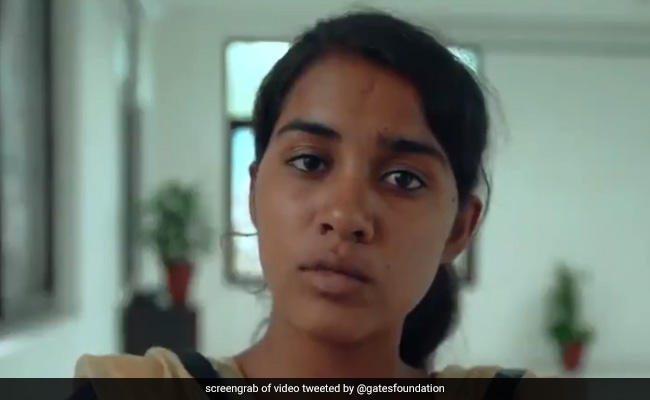 Girls are not allowed to go out and study and they are married off early: Payal Jangid

A teenage Indian girl has received the "Changemaker" award here by the Bill and Melinda Gates Foundation for her fight against child marriage in her village in Rajasthan.

Payal Jangid received the award on Tuesday during the Goalkeepers Global Goals Awards hosted by the Foundation.

"The award recognises her campaign to end child labour and child marriage," The Foundation said in a tweet.

In a video posted on the international NGO's Twitter account, Ms Jangid gave details of the challenges faced by girls in Hinsla village, about 100 kms from Jaipur.

"We have a lot of problems in our village, especially girls are not allowed to go out and study and they are married off early," she said.

Ms Jangid's fight against the menace started when her family wanted to get her married at a young age. "I was forced to get married," she said, adding that she approached a social activist in the area who convinced her father against it.

Payal has not only helped discourage child marriages but persuaded parents to keep their children in education, the video said.

"We would organise rallies, posters, paint walls, go house to house, speak to the families. We had to work really hard to make the elders realise that they were prohibiting us from getting our education," she said.

"I want every kid in the world without education to be helped and given a chance to progress in society," Ms Jangid said.

She was also elected as a leader of children's parliament, a youth forum that escalates issues to the village mayor.

There are 50 kids from different villages in the parliament. "We sit together and discuss the problems and try to resolve them," she said.