Rajasthan Girl, 10, Becomes One Of The Youngest Bharatnatyam Performers

Manaswi became the second-youngest performer in the world who hit the stage in arangetram, a dance form, on Saturday. 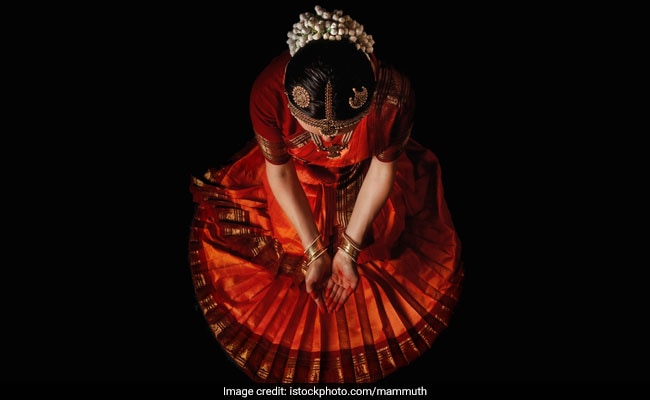 While children of her age largely remain glued to electronic gadgets, watch cartoon films or are burdened with school assignments and tuition, ten-year-old Manaswi is busy chasing her passion.

The young girl's passion for one of the most difficult Indian classical dance forms, Bharatnatyam, was so intense that she became one the youngest performers in arangetram on Saturday.

Traditionally, arangetram is the ascent to the stage by a performer, with the guru's permission. This indicates that the dancer's training is complete and she is now able to impart her skills to others.

"She became the second-youngest performer in the world who hit the stage in arangetram," claimed her guru Manjusha Saxena, a noted Bharatnatyam exponent and recipient of national and international awards.

The confidence of this young dancer ahead of her first performance was incredible. There are about nine items that she performed on the stage at the jam-packed S N Medical College auditorium in Jodhpur, beginning with Pushpanjali.

"Then there were Alarippu (an invocation piece dedicated to God); Jathiswaram (a dance recital devoid of any abhinaya or emotions), based on basic steps and mudras; Varnam (dedicated to the gods, this is the most important part of a Bharatnatyam recital, a combination of nritta, nrityal, and natya), and other pieces," Manasvi said after achieving her feat.

"Before this, a girl of Visakhapatnam, baby Sai Shriya Satuluri, had performed Bharatnatyam arangetram at the age of just 5 years," Ms Saxena said, adding that she was the youngest to achieve this feat.

Manaswi, a Class 5 student, started learning dance at the age of two and a half years and so was her passion for the dance that she completed the nine-year rigorous training course in less than eight years.

"And today, after an unstoppable and breath-taking performance in arangetram in Bharatnatyam, she achieved what many learners aspire," Ms Saxena said.

Her feat at a young age is going to be an inspiration for many girls of her age and for parents, who hesitate in taking up performing arts as both passion and profession.