The UP government will set up a migrants' commission to help its workers get jobs in the state, Yogi Adityanath said on Monday. 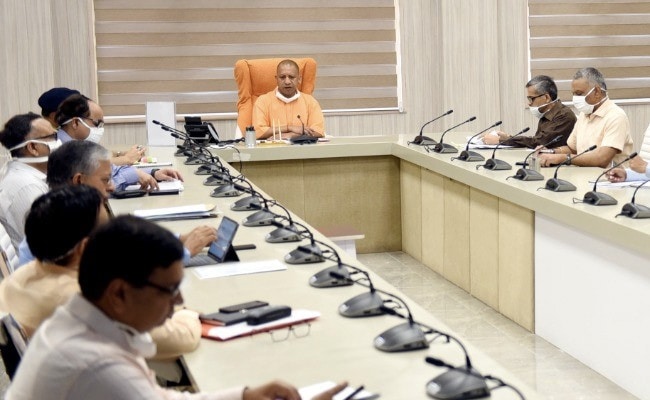 Workers of Uttar Pradesh are not Yogi Adityanath's "personal property", Congress MP Rahul Gandhi said on Tuesday, calling the Chief Minister's remark that other states will have to seek permission before hiring from UP, "unfortunate".

"I think it's unfortunate. I think people are first Indian and then they belong to their states. The decision on whether somebody goes to work from Uttar Pradesh to the rest of the country is not the Chief Minister's," he was quoted by news agency ANI as saying.

"It is very unfortunate that the Chief Minister of Uttar Pradesh views India in such a way. These people are not his personal property. They are not the personal property of Uttar Pradesh. These people are Indian citizens and they have the right to decide what they want to do and they have the right to live the life they want to live," he added.

Yogi Adityanath yesterday did not elaborate on how UP planned to ensure that permission was taken or how it would monitor the movement of lakhs of migrant workers once the lockdown is lifted and economic activity restarts.

"If some other state wants this manpower, we will give them insurance and social security. But that state will not be able to take people from here without our permission because of the way our people have been treated in other states," he said.

He said the UP government will set up a migrants' commission to help its workers get jobs in the state.

"I have instructed my officers that there should be a commission made to get them employment within Uttar Pradesh itself," he added.

Lakhs of migrants, who had been stranded without jobs and essentials in other states because of the coronavirus lockdown, have been returning home via special trains and buses. Many have returned on foot or personal modes of transport like auto rickshaws; scores have died trying.

Several states like Tamil Nadu and Karnataka have been attempting to retain the migrants as some industries have begun to open following centre's decision to ease lockdown restrictions.