Rahul Gandhi is set to meet some UAE ministers during his two-day visit to Dubai and Abu Dhabi, the Khaleej Times reported. 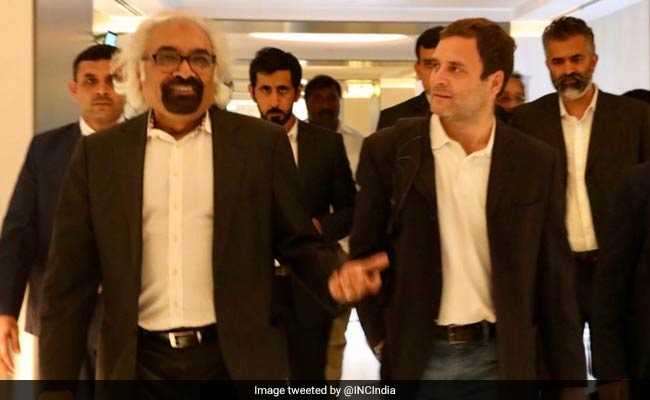 Rahul Gandhi, who will begin his tour today, reached Dubai on Thursday evening.

Congress President Rahul Gandhi who will interact with the Indian overseas and student communities during his maiden visit to the UAE was accorded a warm welcome by the Indian diaspora at the Dubai airport on Thursday, the party said.

Rahul Gandhi is also set to meet some UAE ministers during his two-day visit to Dubai and Abu Dhabi, the Khaleej Times reported.

Mr Gandhi, who will begin his tour today, reached Dubai on Thursday evening.

"CP @RahulGandhi will be on a two-day tour in Dubai from tomorrow. He will be interacting with the Indian overseas community and the student community," the Congress Party tweeted Thursday.

Mr Gandhi had also previously addressed such public gatherings in the US, London, Germany and Bahrain.

"Indians from across Dubai gather at the airport to greet Congress President @RahulGandhi with warmth & love ahead of his two day tour in UAE," the party tweeted.

The Congress President would also be the "official chief guest" at the ''Indo-Arab cultural programme'' at the Dubai International Cricket Stadium on January 11. The programme would also celebrate the 150th birth anniversary of Mahatma Gandhi.