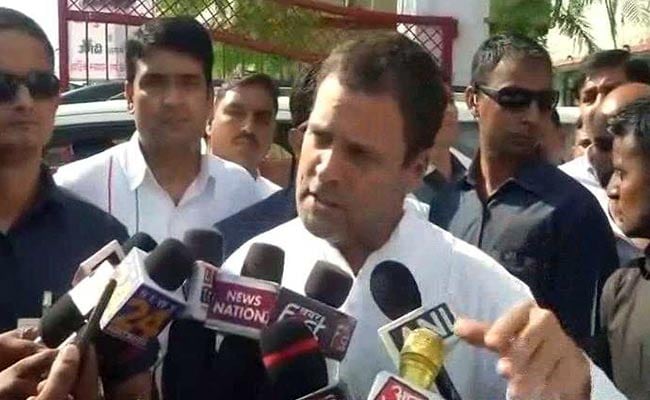 After Rahul Gandhi's latest barb on Prime Minister Narendra Modi saying that the "fun has just begun" and in the coming months the party is set to expose how every initiative under the PM Modi government is an act of theft. While speaking to the party workers last night in Amethi, he added more to the controversy surrounding the Rafale scam.

"The man who came to remove corruption has himself given Rs. 30,000 crore to Anil Ambani. The fun has just begun, things are set to turn more interesting...Narendra Modi ji is not a chowkidar (gatekeeper), but a chor (thief)," Rahul Gandhi said. The former French President Francois Hollande dropped a bombshell last week saying the Indian government suggested Anil Ambani's Reliance Defence as an offset partner for Rafale maker Dassault, that France was given no choice. Hollande later backtracked in another interview and said only Dassault Aviation can comment on why Reliance Defence was chosen as the offset partner.

Congress Can't Get Allies, So Looking Outside India: PM Modi's Taunt
In the middle of the Rafale blowout, Prime Minister Narendra Modi today used a rally in Madhya Pradesh, where elections are due by the year-end, to lash out at the Congress and its chief Rahul Gandhi.
Rafale RowRahul Gandhi Rafale Scam