Rafale deal: HAL, sources in favour of the deal say, never had any interest in serving as an offset partner of Dassault Aviation -- instead, it wanted to build the main structure of the fighter jets here

Rafale deal: Dassault has emphatically said it was not influenced to pick Anil Ambani

Dassault, one of the world's most established and experienced defence manufacturers, picked Anil Ambani's debt-ridden firm as a partner in India, "because it was registered with the MCA (Ministry of Corporate Affairs) and had land in Nagpur which provided access to the runway," said top sources at the French firm, speaking to NDTV on the condition of anonymity.

As justification, those reasons are unlikely to tamp down the opposition's allegations that Mr Ambani benefited from brazen crony capitalism in a massive $8.6 billion deal for India's purchase of 36 Rafale fighter jets from France, a deal that was negotiated personally and then announced by Prime Minister Narendra Modi in 2016 during a visit to Paris.

For months, the opposition Congress has alleged wrongdoing in the Rafale deal; it claims PM Modi overpaid for the planes and struck the deal without any transparency; the government has hit back, accusing the Congress of making wild allegations without any evidence and pointing out that the Rafale deal, though with vastly different contours, originated when the Congress was in power.

Last week, the opposition received a huge shot in the arm with former French president Francois Hollande, who negotiated the Rafale deal with PM Modi, declaring that it was the Indian government who proposed Reliance -- "we had no choice", he said. But a day later, he said that it was for Dassault to comment on whether it had been pressured to choose Mr Ambani's firm as an offset partner -- as part of the contract, Dassault has to invest 50 per cent of the overall value of the deal or Rs 30,000 crore in partnering with defence manufacturers in India. 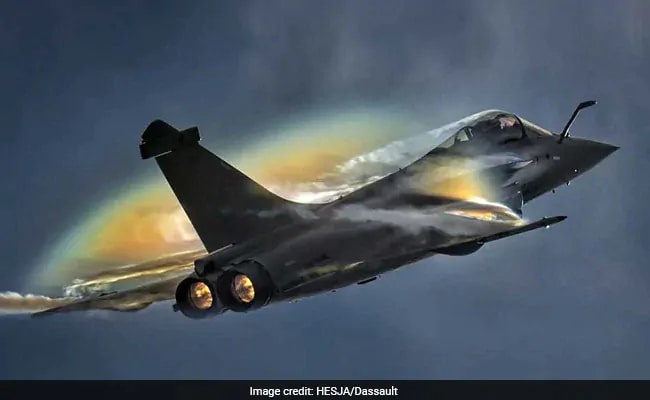 Dassault has emphatically said it was not influenced to pick Anil Ambani; but on Monday, speaking to NDTV, sources at the defence manufacturer said that they began engaging with Anil Ambani after the defence manufacturing company "changed hands" from his older brother, Mukesh, to him and that the plans for the joint venture were firmed up at Aero India, the massive air show held in Bengaluru in 2015, just 2 months before the Rafale deal was announced by PM Modi in Paris.

The plans to buy Rafales for the Air Force were first set upon by the government of Dr Manmohan Singh; originally, HAL, the state-run company, was to play a large role in the manufacturing of 108 planes; Mukesh Ambani's defence firm was to be a partner contributing to the process but its intended role was not clear. Dassault has maintained that it began talks with Mukesh Ambani's firm in 2012, then changed later to discussions with the company headed by his brother.

That's because Mukesh Ambani, the country's richest man, exited the Rafale landscape over the complicated and lengthy procurement rules that accompany defence deals; his defence unit was then taken over by Anil Ambani, whose own business empire was bleeding profusely.

Just 17 days before Prime Minister Narendra Modi announced that India would buy 36 Rafale fighter jets from France off-the-shelf, the top boss at Dassault, which is the parent company of Rafale, made a speech where he said that the company was looking forward to a partnership with HAL, the state-run defence manufacturer. 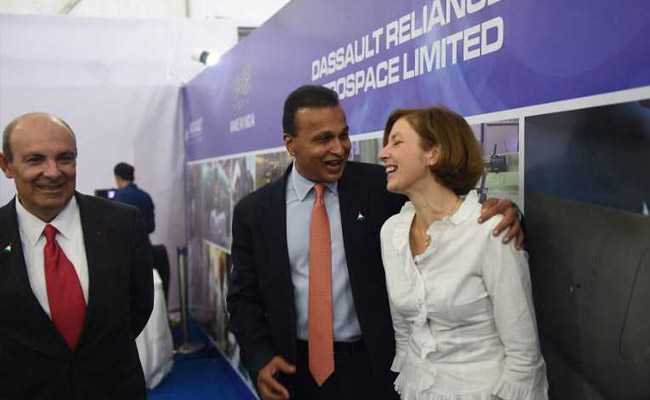 A big part of Dassault's commitment to investing in India is met through a joint venture with Anil Ambani's Reliance Defence in Nagpur which will manufacture parts for some Dassault jets.

"The statement by Dassault Chairman on the impending deal with HAL was because Dassault was hopeful of the (126 aircraft) deal and did not know what was happening inside the Ministry of Defence," a Dassault source told NDTV on Monday.

The video of the Dassault chief, Eric Trappier, professing this, was shared on social media on Monday by the opposition Congress to bolster its claims that PM Modi cut out HAL to favour Anil Ambani, whose rookie defence manufacturing company benefitted greatly from the new deal. A big part of Dassault's commitment to investing in India is met through a joint venture with Anil Ambani's firm in Nagpur which will manufacture parts for some Dassault jets; none of these will be used in the Rafales that India has bought from France.

Those who defend the new Rafale deal say that HAL priced itself out of the deal because the number of hours and people it needed to build the planes was far larger than what Dassault was offering in France. The government also says that it was during the Congress's time that HAL became an unviable proposition, so the Congress is wrongly accusing PM Modi's administration of wronging a public sector company.

HAL, sources in favour of the deal say, never had any interest in serving as an offset partner -- instead it wanted to build the main structure of the fighter jets here.

The government has separately alleged that former French president Hollande's allegations have been made to save his own skin -- he's accused of conflict of interest because an entertainment company owned by Anil Ambani co-produced a film by the French leader's partner right when the crucial Rafale deal was finalised.

A French minister on Monday said Mr Hollande's allegations could hurt ties with India -- but he did not counter them as untrue.