The Quad leaders today committed to getting ahead of the virus by strengthening the global health architecture, including by enhancing finance and bolstering ongoing science and technology cooperation. 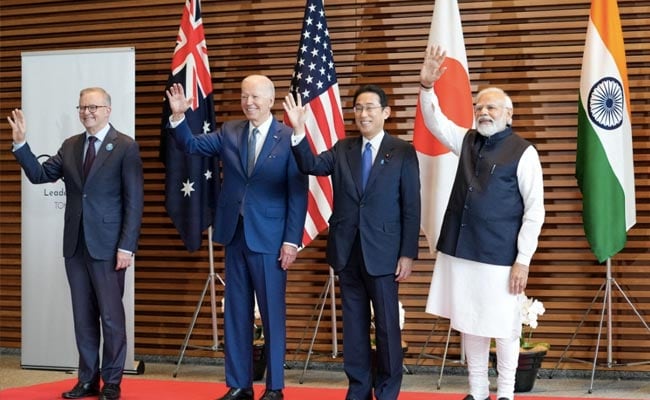 US President Joe Biden today praised Prime Minister Narendra Modi for handling the COVID pandemic "successfully" and contrasted India's success with China's "failure" in dealing with coronavirus, according to a senior Indian official.

During a closed session of the Quad Summit, President Biden said Prime Minister Modi's success has shown the world that democracies can deliver, and busted the myth that "autocracies" like China and Russia can handle the rapidly changing world better because their leadership can take and implement decisions without going through lengthy democratic processes, the official added.

President Biden praised Prime Minister Modi for handling the Covid pandemic "successfully in a democratic manner", the official said on condition of anonymity.

The US president contrasted India's success with China's failure to handle the pandemic, though both countries are of comparable size.

According to the official, President Biden's remarks appeared to be unscripted as he made a special intervention to say this before his prepared remarks.

In the same session, Australia's newly-elected Prime Minister Anthony Albanese said vaccines supplied by India to other countries have made a difference on the ground, and such success is more valuable than just winning a theoretical debate of ideas, the official added.

The Quad leaders today  committed to getting ahead of the virus by strengthening the global health architecture, including by enhancing finance and bolstering ongoing science and technology cooperation.

On March 21 last year, the Quad countries announced 'the Quad vaccine partnership' at the first summit of the four-nation grouping.

The Quad or Quadrilateral Security Dialogue comprises India, the US, Japan and Australia. The Quad summit in Tokyo was hosted by Japanese Prime Minister Kishida.

Noting that India has always found a solution no matter how big the problem is, Modi had said in an address to the Indian community here on Monday that during coronavirus pandemic, there was an atmosphere of uncertainty, but even in that situation, India supplied 'Made in India' vaccines to crores of its citizens and also sent it to more than 100 countries.