More than ten thousand volunteers participated in the drive at several places along the district coast. 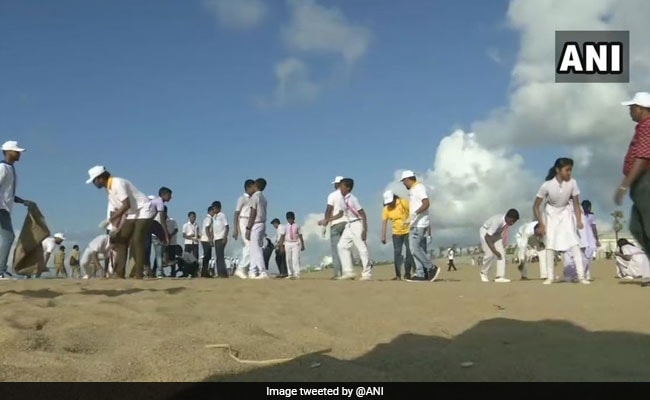 Volunteers took an oath to protect the oceans and beaches.

A mega cleanliness drive was organised at Odisha's Puri beach to mark the International Coastal Cleanup Day on Saturday.

Officials said that it was the world's largest coastal clean-up drive, aimed to sensitising people about the need of clean beaches.

More than ten thousand volunteers participated in the drive at several places along the district coast.

"Puri is the pride of our country and I am happy to be a part of world's mega clean-up drive here at the sea beach," said Vidyut Jammwal.

"It is a great day for us as thousands came forward to clean up the beach at Puri," internationally acclaimed sand artist Sudarsan Pattnaik said.

The volunteers took an oath to protect the oceans and beaches by following the simple mantra of Reduce, Reuse and Recycle. A human chain was also formed at the beach.

Students and volunteers were found joining in large numbers to clean beaches near Ramachandi Temple, Konark and Astarang area along the coastline across the district.