Charanjit Singh Channi vowed that as Chief Minister, his every action would be guided by the ideals of Bhagat Singh 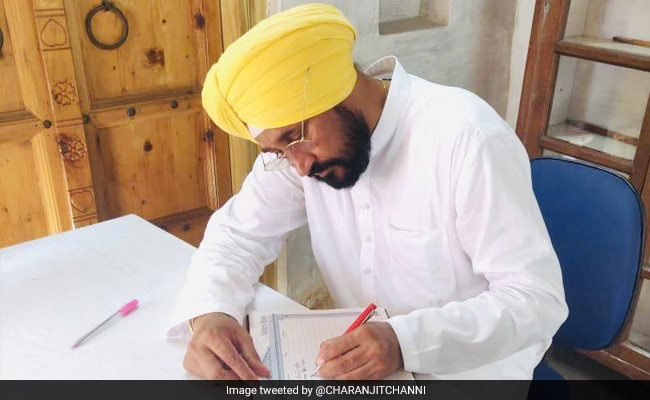 They also visited the ancestral house of Bhagat Singh.

Before entering the house, the Chief Minister bowed his head in reverence at the entrance.

"Blessed is the land which has given birth to a great leader like Shaheed-e-Azam Sardar Bhagat Singh. I'm extremely happy to smear the soil of this sacred land on my forehead," wrote an emotionally surcharged CM in the visitor's book, an official statement said.

Visited the ancestral house of Shaheed e Azam Bhagat Singh Ji on the occasion of his 114th birth anniversary. While keeping the ideology of Shaheed Bhagat Singh Ji in my mind, I will perform my duty towards Punjab. pic.twitter.com/Xb9jgGF3VQ

Mr Channi vowed that as the chief minister of the state, his every action would be guided by the ideals of Bhagat Singh.

He said he will leave no stone unturned for realising the dreams of Bhagat Singh.

Mr Channi said the nation will always be indebted to the martyr, who sacrificed his life at a young age of 23.

The chief minister said the martyrdom of Bhagat Singh at a young age had motivated the youth to join the national freedom struggle, leading to the independence of the country.

He said Bhagat Singh will remain a source of inspiration for the millions of the youth and called them to follow the footsteps of Bhagat Singh.