Withdrawing from the contest in Delhi on Tuesday, the Akali Dal said the CAA should include Muslims from neighbouing countries in its ambit and the NRC not be introduced at all 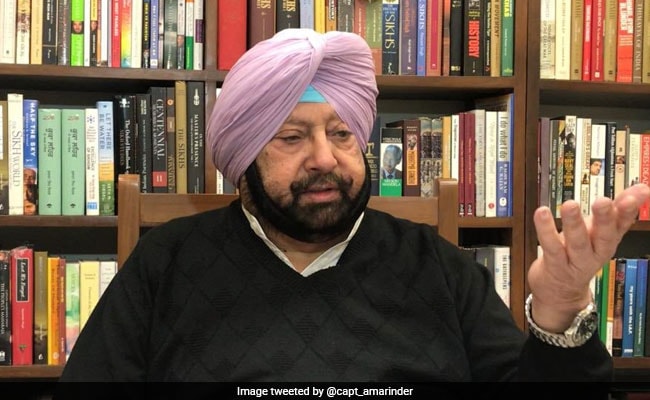 You must decide whether it is country first or political expediency: Amarinder Singh

Punjab Chief Minister Amarinder Singh has taken political messaging to a literal level, with a special gift to rival Shiromani Akali Dal. The package was delivered to senior Akali leader Sukhbir Badal today. Inside was a book, and a note.

"Dear Sukhbir, during our last Vidhan Sabha session, I promised to send your party a copy of Adolf Hitler's "Mein Kampf', which in English translates to 'My Struggle'," the note began.

After briefly sketching how the Nazis exterminated of 11 million people, including 6 million Jews, Mr Singh wrote, "Read the book, as one always learns from history... You must decide whether it is country first or political expediency".

Shocking that the @Akali_Dal_ is supporting #CAA merely for saving a Union Cabinet berth with NDA. I have sent their President a book - 'Mein Kampf' to read and learn from history & decide whether the country should come first or political expediency.

The point of the exchange was the Akalis' stance on the Citizenship Amendment Act, which, they claim, was at the bottom of their rift with ally BJP in Delhi.

Withdrawing from the contest in Delhi yesterday, the Akali Dal said the CAA should include Muslims from the neighbouing countries in its ambit and the National Register of Citizens not be introduced at all.

"Our stand is clear... the nation can't be divided over religion... the nation belongs to all... We will prefer not contesting polls rather than changing our stand. NRC should also not be introduced," Delhi Akali Dal leader Manjinder Singh Sirsa had said.

Mr Singh had earlier pointed out that despite their differences over the CAA and the NRC, the Akalis and the BJP continued to be allies at the Centre and the state.

"Given the Akalis' claim to be custodians of the Sikh religion and the community, they should take a stand on the issue... SAD chief Sukhbir Singh Badal should also ask his wife, Harsimrat Kaur, to resign immediately as Union Minister," Mr Singh had said.

In his letter today, he reiterated: "Supporting the bill in both houses of Parliament and in the Vidhan Sabha and opposing it on other platforms is unbecoming of a political leader".

The talk of camps and a National Register "to eliminate" the Muslim community is "ominous", the letter read. "India is daily registering its protest in Universities across our country and so are some of our political parties including mine. It is time now that others join this movement," he wrote.

Mr Badal said he would return the favour by offering books on '84 riots to the Chief Minister. The books he has in mind, he said, are written by prominent Sikh scholars, detailing how the Congress party and its first family had planned and engineered the attack on Sri Harmandar Sahib as well as mass killing of Sikhs in Delhi and other parts of the country.

"I am sure these books will refresh your memory and remove the selective amnesia which has clouded your mind. Please do give the books space in your library and read them also. You will never again give inane suggestions to anyone. This gift of books could also force you to have a change of mind and forsake servility towards the Gandhi family and make you more sensitive towards the suffering of your own community," Mr Badal said.

"It is shocking and downright insensitive of you to make a reference point to Mein Kampf but turn a blind eye to a reference point which is available at your doorstep. One does not have to look as far as Germany to learn about State sponsored genocide. Despite this there is not one squeak from you against any of the perpetrators. You have consistently even sheltered the butcher of Delhi - Jagdish Tytler on numerous occasions. How can Punjabis expect you to protect your own?" he added.