The Income Tax Department has issued a notice to Novel Singhal, wife of Election Commissioner Ashok Lavasa, referring to her earnings while working as an independent director of some companies. 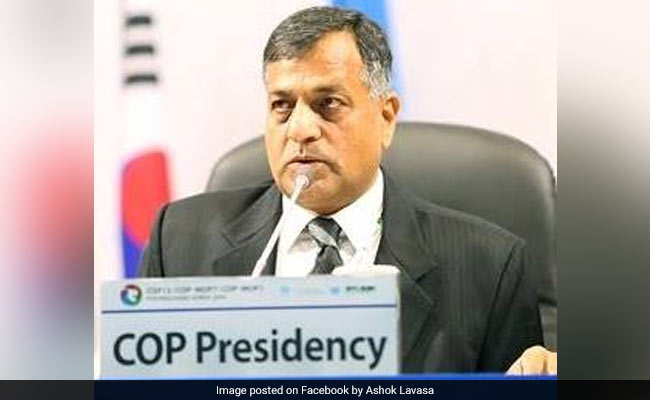 A day after the Income Tax Department issued a notice to Novel Singhal, wife of Election Commissioner Ashok Lavasa, referring to her earnings while working as an independent director of some companies, the Congress slammed the BJP government saying it was punishing the "neutral referee".

Singhal resigned from the State Bank of India after 28 years of service in 2005 and became an independent director in several companies.

Her husband hit the headlines during the Lok Sabha elections earlier this year, when he dissented clean chits given by the poll body to Prime Minister Narendra Modi and Home Minister Amit Shah for their alleged violation of the Model Code of Conduct. However, his dissent in the EC meetings related to the matter remained unrecorded.

Congress Secretary Pranav Jha also hit out at the government for targeting honest officers. "In democracy a government official is the responsible to the people and all his decisions are for the betterment of democracy. Is Ashok Lavasa paying a price for his dissent? Does this government want to send a message to such honest officers? Or is it a ploy to force him to resign?" he asked.

(Except for the headline, this story has not been edited by NDTV staff and is published from a syndicated feed.)
Comments
Ashok LavasaRandeep Singh SurjewalaIncome tax