On Sunday, the 50-year-old woman who had gone to a temple was found dead under mysterious circumstances in UP's Badaun district. 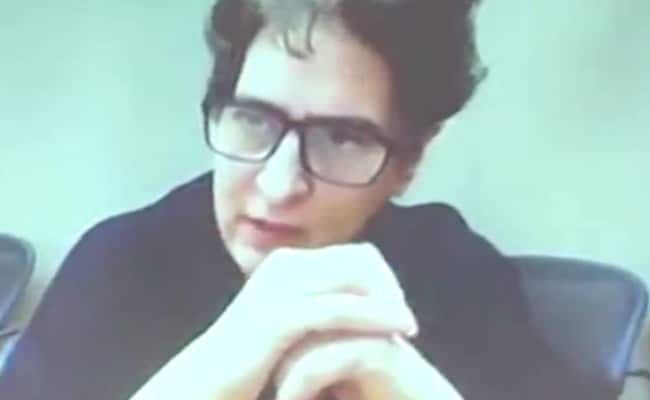 Congress general secretary Priyanka Gandhi Vadra today criticised the remarks made by a member of the National Commission for Women (NCW) who had said the gangrape and murder of a 50-year-old woman in Uttar Pradesh's Budaun could have been avoided if the woman had not gone out in the evening.

"Will we be able to ensure women's safety with such behaviour? Member of the Women's Commission is blaming the victim for rape. The Budaun administration is concerned about how the post-mortem report of the victim, that brought out the truth, was leaked," the Congress general secretary and Uttar Pradesh in-charge said in a Facebook post.

"Remember that at this time, another woman from Moradabad is fighting a battle against death in another horrific rape case. Women will not forgive this administrative system and such disgrace," she said in the post in Hindi, referring to another incident of rape in the state.

NCW member Chandramukhi Devi had on Thursday said the gangrape and murder of the 50-year-old anganwadi worker could have been avoided if she had not gone out unaccompanied in the evening.

"I tell women again and again that they should never go out at odd hours under anyone's influence," she had said after meeting the woman's family members.

"I think if she had not gone out in the evening or was accompanied by any child of the family, perhaps this incident could have been avoided. But this was pre-planned as she was called through a phone call. She went (out) and then returned in such a state," she had told reporters at the woman's village in Budaun district.

Ms Devi has since retracted her statement after a backlash from the opposition and women's bodies.

On Sunday, the 50-year-old woman who had gone to a temple was found dead under mysterious circumstances. Her family members have accused the temple priest and his aides of raping and murdering her.

An FIR has been filed in the case and two persons arrested. But the priest is still missing.