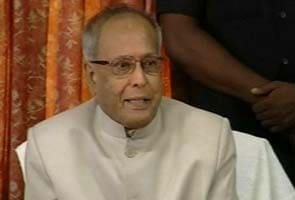 New Delhi: The Land Acquisition Bill, passed by Parliament during the Monsoon Session to replace a 119-year-old legislation, became a law with President Pranab Mukherjee giving assent to it today.

"The Right to Fair Compensation and Transparency in Land Acquisition, Rehabilitation and Resettlement Bill, 2013 has received the assent of the President of India," a Law Ministry release said.

The historic legislation would provide just and fair compensation to farmers while ensuring that no land could be acquired forcibly. The bill was passed by both Houses of Parliament with overwhelming majority.

The bill was brought as the archaic Act of 1894 suffered from various shortcomings including silence on the issue of resettlement and rehabilitation of those displaced by acquisition of land.

Meanwhile, the Rural Development Ministry is in the process of framing rules for the new Act.

Rural Development Minister Jairam Ramesh has said that Rules will be notified within two months.

Promoted
Listen to the latest songs, only on JioSaavn.com
An advisory committee will be set up shortly to vet the said rules in consultations with various stakeholders.