Jaipal Reddy, a parliamentarian since the 1980s, served in the Lok Sabha for five terms and in the Rajya Sabha twice. 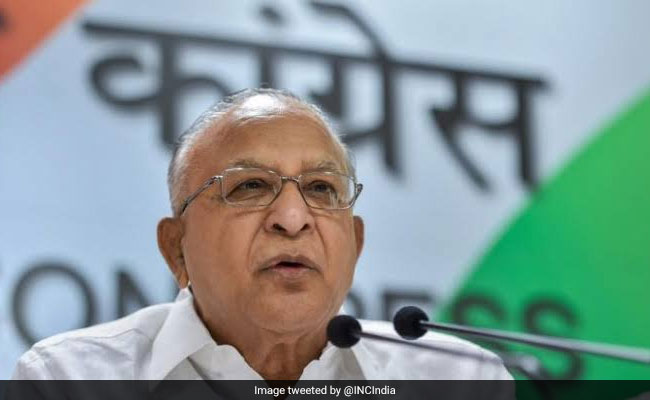 Jaipal Reddy's funeral is expected to take place on Monday.

President Ram Nath Kovind joined other leaders on Sunday to express grief at the death of former Union Minister Jaipal Reddy. Mr Reddy, a senior Congress leader, died at a hospital in Hyderabad in the early hours of Sunday.

"Sorry to hear of the passing of Shri S. Jaipal Reddy, former Union Minister. He was a thinking person's politician and an outstanding parliamentarian. My condolences to his family and many associates," the Rashtrapati Bhavan quoted the President as saying in a statement.

The Prime Minister's office also tweeted: "Shri Jaipal Reddy had years of experience in public life. He was respected as an articulate speaker and effective administrator. Saddened by his demise. My thoughts are with his family and well-wishers in this hour of grief".

Soon after reports of Mr Reddy's death, condolences poured in.

With his razor sharp intellect & biting wit, he was also a powerful spokesperson of the party to which he belonged. He is known for cherishing and upholding democratic values. A tireless champion of the vulnerable & marginalized sections, his absence will be profoundly felt.

We are saddened to hear of the passing of former Union Minister Jaipal Reddy. A senior Congress leader, he served as an LS MP 5 times, an RS MP 2 times and as an MLA 4 times.
We hope his family and friends find strength in their time of grief. pic.twitter.com/3BHVc07OYA

So sad to learn of the passing of S.Jaipal Reddy, feisty, articulate & principled @INCIndia leader, spokesman & former Minister. Despite ill-health which confined him to a wheelchair in his last years, he remained a man of conviction & courage, as well as considerable charm. RIP

Mr Reddy, a parliamentarian since the 1980s, served in the Lok Sabha for five terms and in the Rajya Sabha twice.

Andhra Pradesh Chief Minister YS Jagan Mohan Reddy offered condolences over the senior Congress leader's death. "Known for his oratory skills Jaipal Reddy carved a niche for himself in Parliament and State assembly alike. The chief minister conveyed his condolences to the bereaved family members," he said in a statement.

Mr Reddy's funeral is expected to take place on Monday.