After multiple postponements of the oath ceremony on Monday, Mr Sawant, a two-time MLA from Sankhalim in North Goa, was sworn in at the Raj Bhavan at 1.50 am. 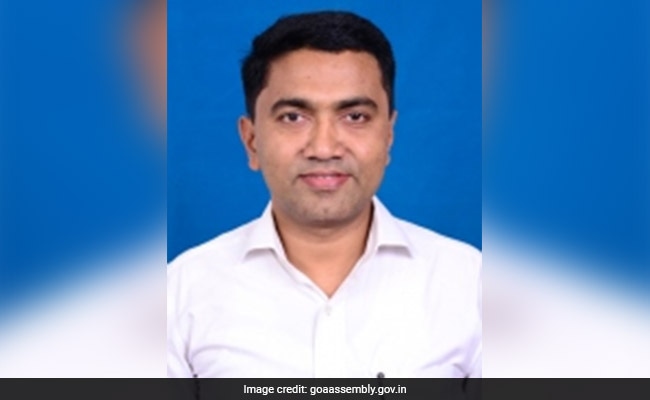 The new BJP-led government in Goa will face the floor test in the state Assembly today to prove its majority just a day after Speaker Pramod Sawant was sworn in as chief minister with an unprecedented two deputies past midnight capping a frenetic day of political wrangling.

The government claims majority with the support of 21 MLAs--12 from the BJP, three each of allies Goa Forward Party (GFP) and Maharashtrawadi Gomantak Party (MGP) and three Independents.

The strength of the 40-member House has been reduced to 36 following the death of Chief Minister Manohar Parrikar and BJP MLA Francis D'Souza and resignations of two Congress MLAs Subhash Shirodkar and Dayanand Sopte.  After multiple postponements of the oath ceremony on Monday, Mr Sawant, a two-time MLA from Sankhalim in North Goa, was sworn in at the Raj Bhavan at 1.50 am. An ayurveda practitioner, and a dedicated RSS worker.

Here are the highlights of the political developments in Goa:

Mar 20, 2019 14:30 (IST)
Twenty of the 36 members in the House voted for the BJP-led coalition government while 15 opposed the motion. The 20 legislators who voted for the motion included 11 from the Bharatiya Janata Party (BJP), 3 each of Maharashtrawadi Gomantak Party (MGP) and Goa Forward Party and 3 Independents while 15 MLAs (14 Congress and 1 NCP) opposed the motion in the Goa Assembly. The 'magic number' for a simple majority in the 36-member House was 19. The trust vote was overseen by Acting Speaker and BJP MLA Michael Lobo. Addressing the Assembly after winning the trust vote, Mr Sawant said that his government would carry forward his predecessor Manohar Parrikar's vision of "positive thinking".
Mar 20, 2019 13:00 (IST)
The BJP-led coalition government won the floor test in the Goa state assembly winning 20 votes while the Congress polled only 15.
Mar 20, 2019 12:59 (IST)
Pramod Sawant moves Confidence Motion
MLAs have been asked to stand if they are for the motion.
Mar 20, 2019 11:38 (IST)
Floor test for new Goa chief minister Pramod Sawant begins.
New Goa chief minister Pramod Sawant is seated in Manohar Parrikar's traditional seat in the House. In his traditional seat, which was that of the Speaker's, is now Michael Lobo.
Mar 20, 2019 08:22 (IST)
Newly elected Goa Chief Minister Pramod Sawant will go for a floor test today. Mr Sawant expressed confidence that they would win the trust vote "100 per cent".
Pramod SawantGoa floor testGoa