"Trust me, this bungalow is much, much fancier when it comes to fixtures and other amenities," Sushil Modi said. The new bungalow has been allotted to Sushil Modi after a protracted legal battle.

Patna has no five star hotel and after prohibition was enforced in Bihar, even the ones that were planned have been scrapped. But Bihar Deputy Chief Minister Sushil Modi, who finally entered the bungalow allotted to him after a protracted legal battle, has called the house nothing short of a seven-star resort. Nestled in the compliment, was a shot at its former occupant: Opposition leader Tejashwi Yadav.

Mr Modi said he was amazed to see the Italian tiles, wooden flooring, leather sofas, a pool table and expensive fittings everywhere from the drawing room to the washroom, which according to him, may not have cost less than Rs 5 crore when it was done up in 2016.

But despite the grandeur of the bungalow, Sushil Modi said he has no intention to stay there as he still prefers his ancestral house in Rajendra Nagar area where his parents gave a three bed room set to him. Sushil Modi, who will now occupy the house, has called it nothing short of a seven-star resort.

However, the minister said he would use the plush office quite often as it is equipped with all the facilities. "But trust me," said Mr Modi, who been to the residences of Prime Minister Narendra Modi and Chief Minister Nitish Kumar several times, "this bungalow is much, much fancier when it comes to fixtures and other amenities."

But Mr Modi admitted that not a single item was touched and everything was perfectly in place and ready to move-in condition. 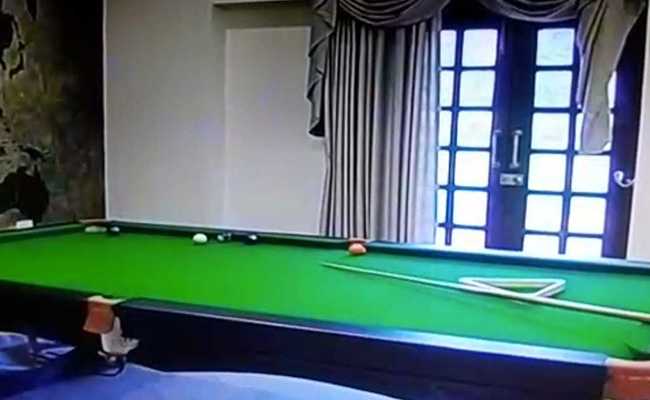 The Supreme Court last week had dismissed former Bihar deputy chief minister Tejashwi Yadav's plea, challenging a Patna High Court order asking him to vacate the government bungalow meant for the deputy chief minister, and ordered him to shift to an accommodation for the leader of the opposition.

The top court also fined the Rashtriya Janata Dal (RJD) leader Rs. 50,000 for moving the top court even after two benches of the high court dismissed his plea.