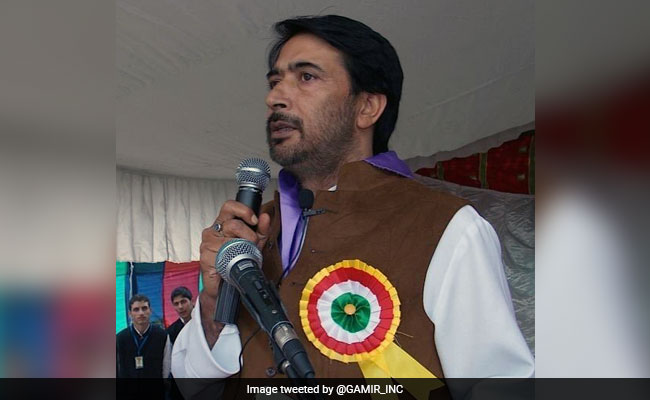 A day after the Congress alleged that the accommodation and security cover of its leaders in Jammu and Kashmir were withdrawn, the state Chief Electoral Officer said he has informed the Election Commission about the issue and will also write to the state administration.

"We are writing to (the state) government to take their view on this (withdrawal of security and accommodation to Congress leaders and its chief in Jammu and Kashmir)," Shailendra Kumar, the CEO, told PTI on Wednesday.

The Jammu and Kashmir administration has to seek the approval of the CEO with regard to withdrawal of security and accommodation to political leaders during the elections as the model code of conduct is in place.

Mr Mir had on Tuesday alleged "The governor's administration has deliberately withdrawn the security cover of Congress leaders in J&K."

The CEO said he has informed the Election Commission about the issue raised by the Congress party.

According to official reports, over the past few weeks security, vehicles and accommodation of several political leaders and social activists have been withdrawn by Principal Secretary (Home) Shaleen Kabra, allegedly without seeking consent of the Election Commission.

"The move amounts to restricting the movement of Congress leaders in the upcoming elections, which is not only serious, but highly condemnable," he had said on Tuesday, adding the move would endanger the lives of many J&K party leaders and functionaries.

It has also been reported that the security covers of senior leaders and functionaries of other parties too were being withdrawn for "unknown reasons", he had claimed.

"The Congress party, however, will not be cowed down by such pressure tactics."

He demanded adequate security cover to leaders and functionaries of all parties.