Police Deployed Outside Indian Embassy In London Amid Pro-Farmer Protests

Demonstrators gathered outside the Indian High Commission in London in support of farmers protesting against the Centre's farm laws. 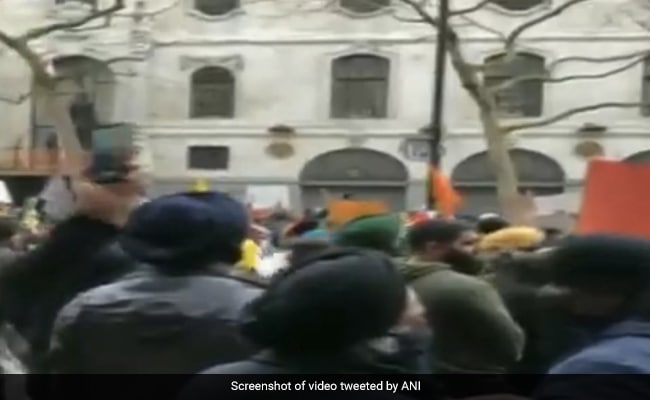 The London police in UK were seen in full force giving protection to the Indian High Commission as demonstrators gathered there in support of farmers protesting against the Centre's farm laws.

Farmers are protesting against the Farmers' Produce Trade and Commerce (Promotion and Facilitation) Act, 2020, The Farmers (Empowerment and Protection) Agreement on Price Assurance and Farm Services Act, 2020, and The Essential Commodities (Amendment) Act, 2020.

This comes days after 36 British MPs from various parties -- including some of Indian origin and others representing many constituents with links in Punjab -- wrote to British Foreign Secretary Dominic Raab, asking him to raise the issue of farmers' agitation with the Indian government.

Coordinated by Labour MP Tanmanjeet Singh Dhesi, the letter seeks an urgent meeting with Mr Raab and an update on representations the foreign office may have made with India on the issue, including during the recent London visit by foreign secretary Harsh Vardhan Shringla.