Scientist Tapan Misra expressed suspicion that people who were afraid of losing orders from the Indian government might have been involved in the attack on him. 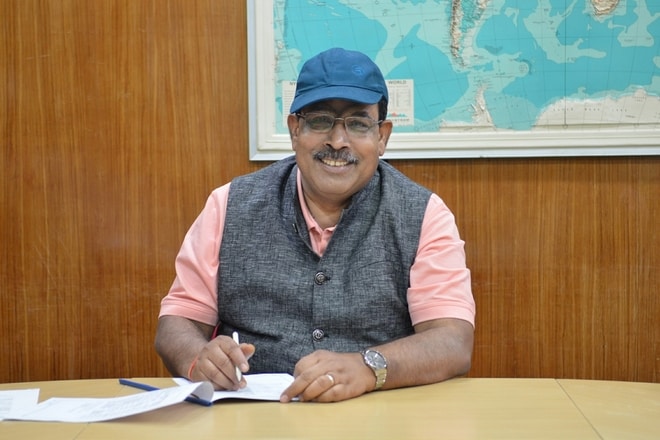 Tapan Misra is presently working as Senior Advisor at ISRO

A day after claiming that he was poisoned with arsenic over three years ago, top Indian Space Research Organisation (ISRO) scientist Tapan Misra today alleged he was attacked over his contributions to the development of indigenous radar imaging satellites.

Talking to reporters at his residence in Ahmedabad, Mr Misra expressed suspicion that people who were afraid of losing orders from the Indian government might have been involved in the attack on him.

On Tuesday, Tapan Misra had claimed that he was poisoned with deadly arsenic trioxide on May 23, 2017, during a promotion interview at the ISRO headquarters in Bengaluru.

"My contribution was in developing radar imaging satellites - RISAT, considered a very high-grade technology. We can watch the earth's surface in any situation, be it day or night, using this system.

"This radar system is 10 times costlier (than the indigenous one) if we buy it (from others)," Mr Misra said.

"This system is useful for the military because of its ability to capture images despite clouds and dust. So, if we develop such a system in our own country, it's obvious that others (who are selling it to India) will lose their business," he said when asked about the reason behind the attack.

Tapan Misra is presently working as Senior Advisor at the ISRO and is superannuating at the end of this month.

He had earlier served as Director of Ahmedabad-based Space Application Centre of ISRO.

Mr Misra said his decision to go public about the poisoning incident will create awareness and will serve as a "deterrence" for perpetrators of such acts in the future.

"They (perpetrator) might have thought that I will spill the beans after my retirement. Hence, it is possible that a plan was made to eliminate me before I retire. But now, everyone knows what happened to me. This will serve as a deterrent. Media can now raise this issue if anything happens to me," Mr Misra said.

He had claimed that he was poisoned three years ago in a Facebook post titled "Long Kept Secret".

In that post, he wrote that in July 2017, Home Affairs security personnel met him and alerted him on arsenic poisoning and helped doctors to focus on the exact remedy.

He also posted the medical report on the social media platform to claim he has been diagnosed with arsenic toxication by the AIIMS, New Delhi.