Prime Minister Narendra Modi, who was present at a science award function said, "A pilot project is followed by scalability. Now a pilot project has been completed. Now we have to make it real. Earlier it was just a practice session". 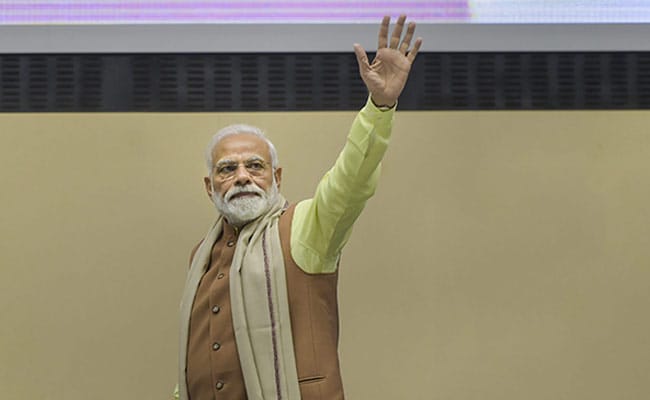 Pakistan Prime Minister Imran Khan's announcement about the release of captured Wing Commander Abhinandan Varthaman was greeted by a cryptic remark from Prime Minister Narendra Modi. The Prime Minister, who was present at a science award function said, "You are folks who spend your lives in a laboratory, and are used to conducting pilot projects. A pilot project is followed by scalability. Now a pilot project has been completed. Now we have to make it real. Earlier it was just a practice session".

Wing Commander Abhinandan Varthaman was captured when he shot down an F-16 aircraft on Wednesday.

The 24-aircraft packet from Pakistan was intercepted by the Indian Air Force when they violated the Indian airspace and targeted military installations.

But his aircraft, a MiG 21 Bison took a hit and he had to eject. He was caught by Pakistanis when his parachute landed on the other side of the Line of Control.

Amid Indian demands for his release and calls for de-escalation from the international community, especially the US, Pakistan Prime Minister Imran Khan today announced that the pilot will be released tomorrow as a "gesture of peace".

In a televised address yesterday, Mr Khan had asked for a dialogue. Speaking at Pakistan's National Assembly today, he said, "Yesterday, I tried to call (Prime Minister) Narendra Modi to say that we don't want escalation. But our desire for de-escalation should not be taken as our weakness".

India has refused Pakistani overtures for talks, pointing out that terror and talks cannot go hand in hand.

Earlier today, long before Mr Khan's surprise announcement, PM Modi, addressing  BJP workers during a video interaction, said, "India would stand as one, India would win as one".

"When the enemy supports terror and carries out activity against India, it is with the intent that India's progress gets stalled. But we must all ensure that we stand together, stand united, stand with our soldiers to ensure we are strong... ensure that no matter what, our progress and our work does not stop," he said.