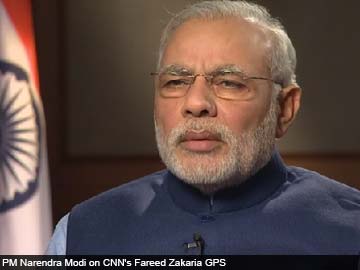 New Delhi: Prime Minister Narendra Modi has said al Qaeda will struggle to recruit members in the world's second-most populous nation and he praised Indian Muslims for their commitment to fight for the country.

Al Qaeda announced the formation of its first wing dedicated to waging jihad in South Asia earlier this month. A few days later it claimed responsibility for hijacking a Pakistani naval ship.

Mr Modi, who was elected in May, said Indian Muslims were patriotic and would not betray their nation, which has a long history of sectarian strife.

Al Qaeda said in a statement that it aimed to end the suffering of Muslims in places such as Kashmir, where violent insurgency raged through the 1990s.

Mr Modi has been accused by critics of not doing enough to stop the riots in 2002 when he was chief minister of Gujarat. More than 1,000 people, mainly Muslims, died in the violence.

India has the third-largest Muslim population in the world with over 175 million Muslims, who make up 15 percent of the country's population.

When asked why so few of India's Muslims have joined al Qaeda, PM Modi characterized the threat from Islamist militancy as not about country or one race, calling it a fight between "humanity and inhumanity".

The Prime Minister's comments come amid a debate within his ruling Bharatiya Janata Party after its by-election campaign drew the ire of rights activists and failed to win over voters.

BJP MP Yogi Adityanath, a star campaigner in the recent by-elections in India's most populous state, Uttar Pradesh, has been accused of delivering inflammatory speeches against Muslims. In one video he purportedly said religious riots happen wherever more than 10 percent of the population is Muslim.

A senior BJP leader in the neighbouring state of Bihar, Sushil Kumar Modi, in an interview with the Indian Express newspaper criticized those comments and said his party would give seats to Muslims in local elections.

Ahead of a visit to meet US President Barack Obama next week, PM Modi said ties between the United States and India, a Cold War ally of the Soviet Union, will continue to improve.

"From the end of the 20th century to the first decade of the 21st century we have witnessed a big change," PM Modi said. "These ties will deepen further."

Promoted
Listen to the latest songs, only on JioSaavn.com
CNN will air the full interview on Sunday.