The Prime Minister invoked Lord Ram at the rally, saying that the tribal community had helped him during his exile in the forest. 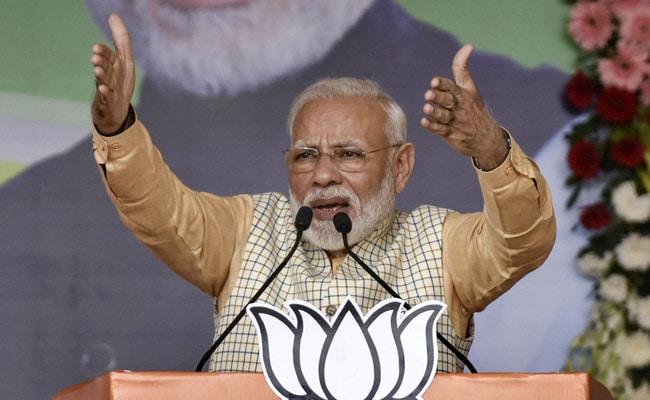 At his Khunti rally, PM Modi said that the BJP stands by Jharkhand's tribal community.

With the united opposition propping Jharkhand Mukti Morcha's Hemant Soren as its chief ministerial candidate against the BJP's Raghubar Das, the ruling party is facing tough competition in the Jharkhand elections. Many in the opposition have already begun portraying it as a tribal versus non-tribal contest, putting the BJP on the defensive.

Prime Minister Narendra Modi was in the state on Tuesday to address two rallies, one of which was held at Khunti, ground zero of a recent tribal unrest in which a complaint was lodged against over 10,000 unnamed people. At the rally, PM Modi spared no effort to woo tribal voters -- who comprise 26 per cent of the state population and command 28 of its 81 assembly seats -- by citing the various ways in which his government has empowered the Dalit community. In his address, the Prime Minister praised veteran tribal leader Kariya Munda -- who was denied a ticket in the Lok Sabha elections due to his age -- by saying that it was he who taught him the art of politics. Mr Munda was present on stage even though he has not been very active for several months now.

PM Modi then went on to cite how he had entrusted the responsibility of developing a new Jammu and Kashmir to a tribal after its special status was scrapped under Article 370 earlier this year. He was referring to Lt Governor GC Murmu, a tribal who belongs to Odisha.

The Prime Minister also claimed that when Lord Ram was exiled to the forest, the tribals were the ones who looked after them.

At his second rally held in Jamshedpur, the Prime Minister pointed out that Jamshedji Tata -- the founder of Tata Steel -- belonged to Navsari in Gujarat. PM Modi was the Chief Minister of Gujarat from October 2001 to May 2014.