At an event on women's safety in Delhi, mocking the government's slogan of "beti bachao, beti padhao" (protect and educate women), Rahul Gandhi remarked: "We never realized we had to protect the daughters from BJP MLAs (lawmakers)." 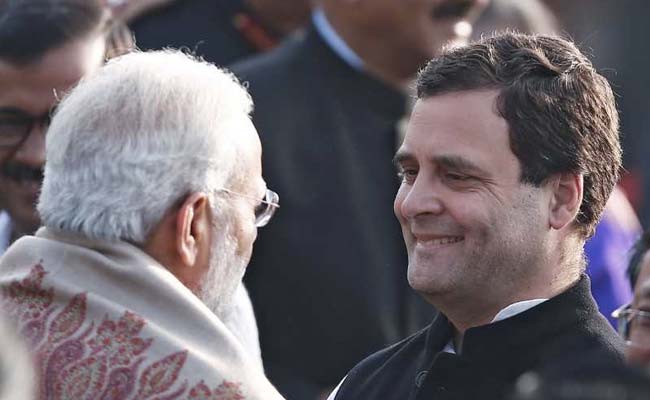 Whenever there are atrocities on women, PM Modi does not speak up, Rahul Gandhi said

Congress president Rahul Gandhi today hit out at Prime Minister Narendra Modi on women's safety and questioned what he called his silence on the emerging horror of girls in some shelter homes in Bihar and Uttar Pradesh being raped and exploited.

At an event on women's safety in Delhi, mocking the government's slogan of "beti bachao, beti padhao" (protect and educate women), Rahul Gandhi remarked: "We never realized we had to protect the daughters from BJP MLAs (lawmakers)."

Referring to the Bihar and UP shelter home rapes, he said: "The prime minister speaks on everything - bullet train, toilets, but not women. Whenever there are atrocities on women, he does not speak up."

The Congress leader said what had been done to women in the past four years had not happened in the country in the past 3,000 years.

The 47-year-old also hit out at the BJP's ideological mentor RSS or Rashtriya Swayamsevak Sangh, alleging that it was a "male chauvinist organisation" and did not have women in it, so could not do what the Congress can for women.

Rahul Gandhi promised to extend his party's full support to the women reservation bill and said if the Modi government does not bring it, the Congress would, after coming to power.

Launching a fierce attack on the prime minister, he said various institutions were under attack from the BJP and the RSS.

"Institutions are under attack in the country, be it Parliament, legislatures and the judiciary. Minorities, Dalits, women, tribals, small businessmen are under attack. We will fight the BJP and defeat them in the coming days."

Promising to bring women forward within the Congress, Mr Gandhi, pointing to the slogan "your fight is our fight" at the conference, said you can add "your right is Congress president's fight".