Committee Set Up To Reconsider Minimum Age Of Marriage For Women: PM 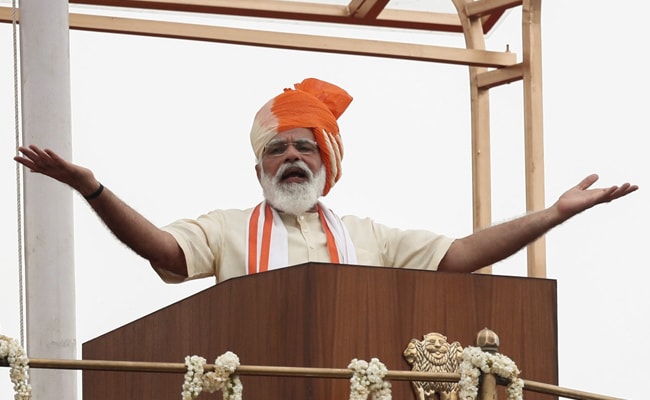 PM Modi said that around 5 crore women have been provided sanitary pads at Re 1 by his government.

"We have set up a committee to reconsider the minimum age for marriage of our daughters. We will take appropriate decision after the committee submits its report," he said while addressing the nation from the ramparts of the Red Fort.

PM Modi, who delivered his seventh consecutive Independence Day speech, also covered a range of issues related to women, including their role in the armed forces, economic empowerment, the effort to recruit them in the NCC and the government''s scheme to provide sanitary napkins at Re 1.

Discussing the role of women in the forces, the prime minister said India is among the countries of the world where women are involved in combat roles in the Navy and the Air Force.

"Whenever women received opportunity, they made India proud and strengthened it. Today, the nation is determined to provide equal opportunities for self-employment and employment to them. Today women are working in coal mines, our daughters are touching the skies while flying fighter planes," he said.

On the economic empowerment of women, PM Modi said 22 crore of the 40 crore jan dhan accounts are of women and about Rs 30,000 crore have been deposited in their accounts during the pandemic.

He added that around 5 crore women have been provided sanitary pads at Re 1 by his government.

"This government is constantly concerned about the health of daughters and sisters. Through 6,000 Janaushudi centres, about 5 crore women have got sanitary pads at Re 1. Also, for their weddings, we have made commitees so that the money can be used at the right time," PM Modi said this morning.

In the one-hour 26-minute speech, he focused on the themes of "Aatma Nirbhar Bharat (self-reliant India)", "Vocal for local" and "Make in India to Make for World". He also paid tribute to those on the frontlines of the fight against the coronavirus and declared that India had a roadmap ready for the production and distribution of three COVID-19 vaccines that are at various stages of testing.

This is PM Modi's seventh consecutive Independence Day speech, and second since his BJP-led NDA swept to a second term in power in Lok Sabha elections last year.