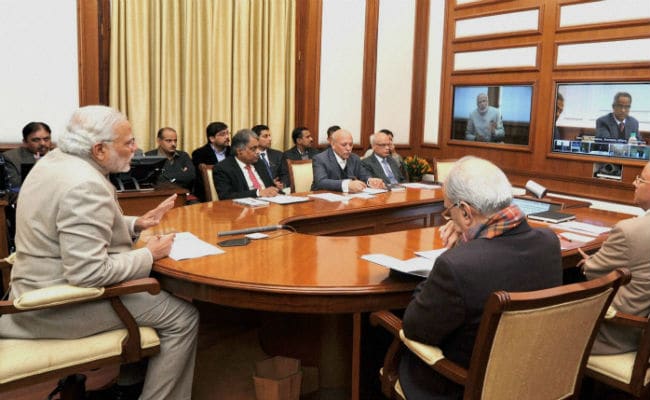 In a meeting of council of ministers and secretaries held yesterday to review progress made on the Cabinet decisions taken so far, sources said some ministers complained that there is a perception among people that the NDA government is not doing anything.

This perception has increased especially in non-BJP ruled states, which are not keen to implement the new schemes, they added.

To change this perception, sources said PM Modi has asked ministers to create more awareness about new schemes among the public and monitor each scheme at closely ground level for faster implementation.

Concerned over slow job creation, Prime Minister has directed bureaucrats to assess the employment potential of every cabinet proposal.

He has directed secretaries to maintain timelines for finalising the Cabinet proposal and also chalk out a road map for implementation of all Cabinet decisions.

PM Modi also asked them not to delay the Cabinet proposal while seeking inter-ministerial comments. The concerned ministry should follow up on the progress and finalise the proposal as early as possible, he said.

According to sources, some ministries, especially water resources sought more funds for implementation of irrigation projects.

Wednesday's meeting reviewed the Cabinet decisions taken till December in sectors such as agriculture, food, water resources and rural development. The review meeting will be held regularly on a monthly basis.