PM Modi's address, when it finally aired on national television and radio, took place exactly an hour after his tweet, which had announced an earlier time. 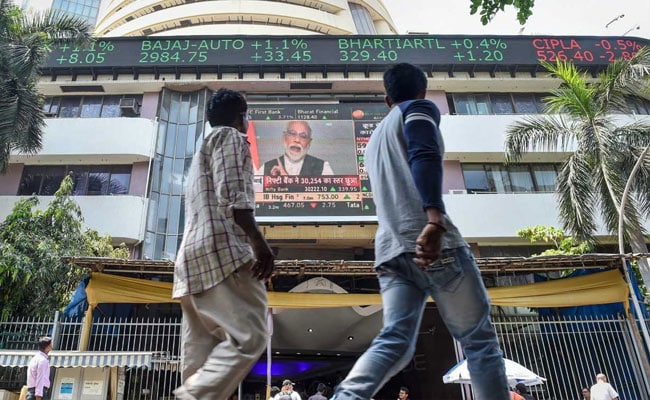 A tweet from Prime Minister Narendra Modi at 11.23 am on Wednesday led to a guessing game in which theories grew wilder with every passing minute. PM Modi's address, when it finally aired on national television and radio, took place exactly an hour after his tweet, which had announced an earlier time.

"I would be addressing the nation at around 11:45 AM - 12.00 noon with an important message. Do watch the address on television, radio or social media," PM Modi tweeted, and the media across the country was on high alert.

Do watch the address on television, radio or social media.

It is unprecedented for a Prime Minister to address the nation in the middle of an election campaign. Speculation flew like missiles on Twitter, embellished by hashtags like #PMAddresstoNation and #JustSaying.

He's declaring the results of the Lok Sabha elections. #JustSaying

Trains have stopped. Birds are silent. Air is still... the wait is on for #PMAddresstoNation !!

As TV channels quickly prepped studio guests and discussions, and discussed the possibility that the announcement was linked to something important like the economy or national security, a parallel thread on Twitter was far more irreverent.

Some wondered whether another demonetization bombshell was coming.

Another #Demonetisation? Did they catch Masood Azhar or Dawood? Are we taking over Pakistan? OMG I am #anxious now. https://t.co/KyxK5XQDUW

India is hooked to media

Congress at the election commission office ready to complain

Pappu ready with a press conference

As theories circulated, PM Modi's address was delayed by nearly an hour. That too, inspired memes.

So was it demonetisation or another strike? PM Modi answered the question as he finally appeared on TV screens, announcing a huge success for India's space programme. He announced that India had joined a super league of space powers by shooting down a live satellite. India is the fourth country to have tested an anti-satellite weapon after the US, Russia and China, he said.

Bankers and Taxpayers to Narendra Modi after getting #MissionShakti news #PMAddressToNationpic.twitter.com/49w7sp4qzP

#PMAddressToNation#MissionShakti
Thinking that PM could announce another DeMo, this gentleman qued up at the ATM! ???????????????????? pic.twitter.com/F4SAEcusPz

Was it a big bang or anti-climax? The conversation continues on Twitter.