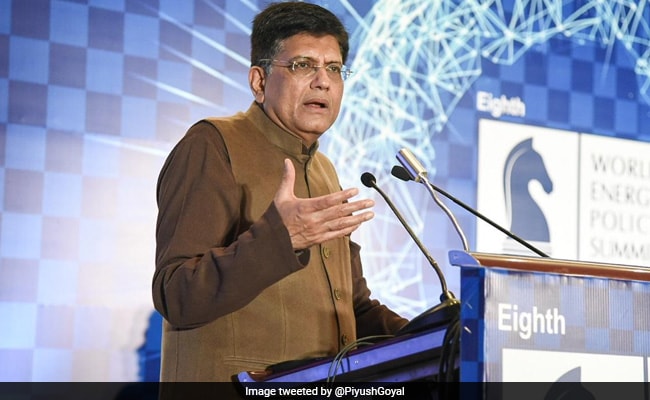 There is no plan to privatise Indian Railways as it belongs to the people of the country, Railways Minister Piyush Goyal asserted in Rajya Sabha on Tuesday after some members raised concerns over it.

"I want to make it crystal clear that there is no plan or proposal to privatise Indian Railways, it will not happen. Indian Railways belongs to the people of this country, it will remain so," Mr Goyal said.

Keeping in mind development of the railways, the government may, however, bring in a few services under private sector in order to provide better services to the passengers, he added.

Participating in the discussion, several Rajya Sabha members raised concerns over the poor financial health of the railways, decline in job opportunities and delay in execution of major projects, besides privatisation of the national transporter.

Mr Goyal said the government was committed to making Indian Railways world class in every aspect.

"In the next 12 years we are going to invest Rs 50 lakh crore in the Indian Railways. We will do it in public private partnership. We will also give the chance to the people of this country to be part of this process," he added.

Mr Goyal, in reply to allegations by Trinamool Congress member Derek O'Brien, said that sharing of funds between the centre and state governments for new railway projects was started during the UPA regime of which the Trinamool Congress was a part, and it was inherited by the BJP as a legacy.