"Example For Troubled World": Man Who Made Mahatma Gandhi Statue In UK

Philip Jackson is credited with creating the iconic sculpture of Mahatma Gandhi at Parliament Square in London. 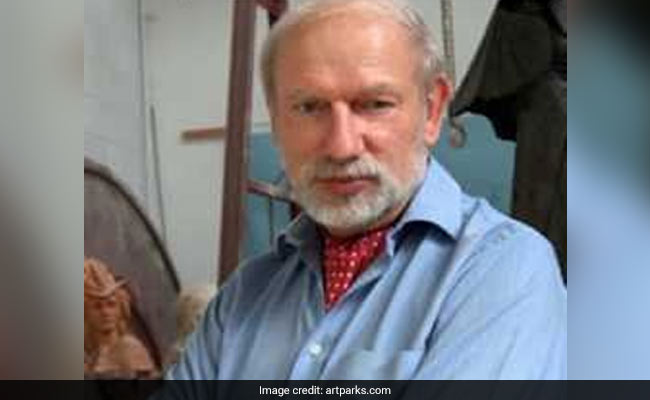 "Gandhi showed that you could win your argument with peaceful means," Phillip Jackson said.

The award-winning Scottish artist behind the iconic sculpture of Mahatma Gandhi at Parliament Square in London believes that the apostle of peace is the most revered of world leaders who occupy that historic site opposite the Palace of Westminster, which houses the UK Parliament.

As Britain joins India in marking the 150th birth anniversary of Mahatma Gandhi on October 2, Philip Jackson relives the painstaking hours he spent studying one of his most challenging subjects before recreating his likeness based on the Mahatma's last visit to the UK for a Round Table Conference in 1931.

"Gandhi showed that you could win your argument and impose your will by peaceful means and in this troubled world that is an example to be followed," said Mr Jackson, who describes feeling "doubly honoured" at being the one to execute the project in 2015 at Parliament Square - already home to world leaders such as Nelson Mandela and Winston Churchill.

"Gandhi became the eleventh sculpture in front of the Palace of Westminster, of which nine were Prime Ministers and two were Presidents. Much of the fame and popularity of the other sculptures has faded but the popularity and respect for Gandhi has grown," said the 75-year-old artist.

"He is visited by hundreds of people every day and although I have no way of proving it, I believe he is the most revered in Parliament Square. Bearing in mind he was a thorn in the flesh of the British government during most of his life, it says a great deal about his legacy that he has been honoured in sight of Parliament and says a lot about Britain that they should place his sculpture where it is," he noted.

The artist based his work on a photograph of Mahatma Gandhi on the steps of Downing Street for his meeting with then Prime Minister Ramsay MacDonald and also on discussions with his grandson Gopal Gandhi. 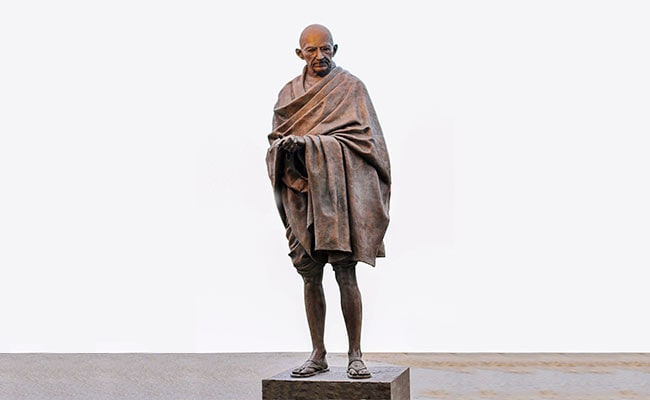 Phillip Jackson was selected by the Gandhi Statue Memorial Trust after a worldwide fundraising campaign for the sculpture - which has since become an important pit stop for visiting Indian leaders, including Prime Minister Narendra Modi.

"Mahatma Gandhi acquired his rightful place in his favourite city, at the centre of the Empire whose demolition he began, not far from Churchill, his principal detractor, between Smuts and Mandela with Abraham Lincoln behind him at a respectable distance," notes Lord Meghnad Desai, the key driver of the project as Chair of the Trust.