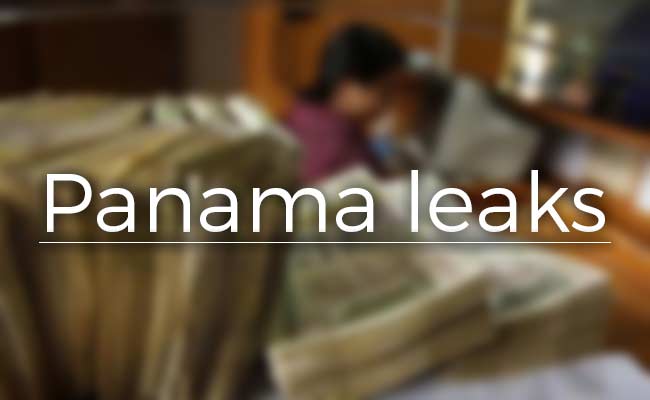 A random check of the database for India displays about 22 offshore entities, 1,046 officers or individual links, 42 intermediaries and as many as 828 addresses within the country.

New Delhi: The ICIJ has published a massive trove of 'Panama Papers' information on detailed offshore holding of companies in various tax haven nations including thousands of documents related to India linking close to 2,000 individuals, entities and addresses from the country.

"The International Consortium of Investigative Journalists (ICIJ) published on Monday a searchable database that strips away the secrecy of nearly 214,000 offshore entities created in 21 jurisdictions, from Nevada to Hong Kong and the British Virgin Islands.

"The data, part of the Panama Papers investigation, is the largest ever release of information about offshore companies and the people behind them. This includes, when available, the names of the real owners of those opaque structures," the consortium said in its latest message.

A random check of the database for India displays about 22 offshore entities, 1,046 officers or individual links, 42 intermediaries and as many as 828 addresses within the country ranging from the tony and posh locations of metropolitan cities like Delhi, Mumbai, Kolkata and Chennai to mofussil locations like that in Haryana's Sirsa, Bihar's Muzaffarpur and Madhya Pradesh's Mandasaur and state capital Bhopal.

The global body that brought out the first edition of the 'Panama Papers', by way of secret offshore data sourced from a Panamanian law firm Mossack Fonseca, said the information about a particular country could have "duplicates" as it reiterated that "there are legitimate uses for offshore companies and trusts."

"We do not intend to suggest or imply that any persons, companies or other entities included in the ICIJ Offshore Leaks Database have broken the law or otherwise acted improperly," the body said on its web portal as part of the disclaimer on the release of the offshore "leaks" database.

India, taking note of over 500 entities figuring during the release of the first set of names last month, had created a Multi-Agency Group (MAG) comprising officers from various central investigative agencies like the Income Tax department, FIU, RBI and  Foreign Tax and Tax Research (FT and TR) under the Central Board of Direct Taxes apart from the Special Investigation Team (SIT) on black money reviewing the probe in these cases.

Government has also said in the ongoing session of Parliament that the IT department has issued notices to a number of entities named in the list.

Indian investigators had said they "will be looking into" into as much fresh information that comes in this case including the latest revelations.

While stating that the ICIJ was releasing these additional details on names and addresses in "public interest", it added that the latest action was also an effort to "find out who's behind almost 320,000 offshore companies and trusts from the Panama Papers and the offshore leaks investigations."

A cursory glance of the names and addresses put up on the website of the body not only shows, in a graphic detail, Indian names and addresses along with the identities of their holding company but also specifies the date of incorporation of the firm in some cases.

The group said the "new data that ICIJ is now making public represents a fraction of the Panama Papers, a trove of more than 11.5 million leaked files from the Panama-based law firm Mossack Fonseca, one of the world's top creators of hard-to-trace companies, trusts and foundations.

"ICIJ is not publishing the totality of the leak, and it is not disclosing raw documents or personal information en masse. The database contains a great deal of information about company owners, proxies and intermediaries in secrecy jurisdictions, but it doesn't disclose bank accounts, email exchanges and financial transactions contained in the documents.

The Supreme Court had sought a response from the Centre on a plea seeking CBI inquiry against Indian offshore bank account holders named in the Panama papers.