The global terror financing watchdog Financial Action Task Force has strongly condemned the Pulwama terror attack at its plenary meeting, which just concluded in Paris today. The FATF said Pakistan has not done enough to curb the finances of terror groups like the Jaish-e-Mohammed and Lashkar-e-Taiba. This means Pakistan continues to remain in what is called the FATF 'grey list', making it hard for the country to get international loans.

"The FATF notes with grave concern and condemns the violent terrorist attack last week that killed 40 Indian security forces in Pulwama," the 38-member watchdog said in a statement. "Such attacks cannot occur without money and the means to move funds between terrorist supporters," it said.

"Pakistan does not demonstrate a proper understanding of the terror financing risks posed by JuD, LeT, JeM, and persons affiliated  with the Taliban... Pakistan should continue to work on implementing its action plan to address its strategic deficiencies," the FATF said.

Pakistan has until May 2019 to complete its action plan. If Prime Minister Imran Khan's country does not meet the targets by October, it could be blacklisted.

Pakistan was placed on the 'grey list' in June last year and was lobbying hard to be removed from this list at this meeting. 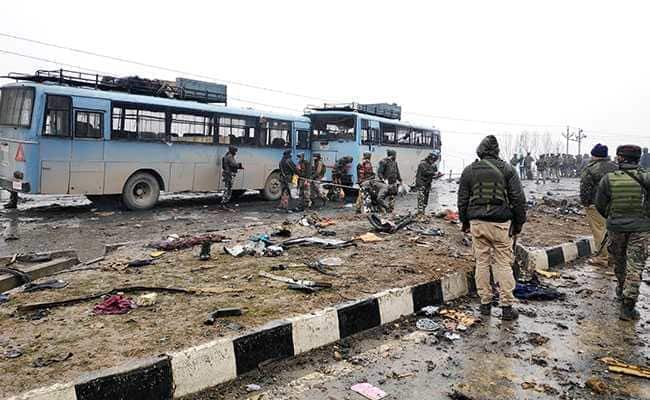 "A dossier, nailing the culpability of Pakistan in the terror attack in Pulwama, will be given to the FATF," a senior intelligence official had told NDTV last week, two days after the Pulwama attack. Through this dossier, India wants to expose the neighbouring country's links with terrorism and build pressure on Pakistan, sources had said.

Sources had said the Paris-headquartered FATF will also be told through the dossier how Pakistani agencies are providing funds to the Pakistan-based Jaish-e-Mohammed, which has claimed responsibility for the car bomb attack on a CRPF convoy on the Jammu-Srinagar highway last week.

The FATF blacklist means the country concerned is "non-cooperative" in the global fight against money laundering and terrorist financing. If the FATF blacklists Pakistan, it may lead to downgrading of the country by lenders like International Monetary Fund, World Bank, Asian Development Bank and European Union.

Pakistan is reeling under a huge debt burden, and Mr Khan has been going around the world seeking a bailout package. Saudi Arabia and the UAE have promised aid and investments. Earlier this month, IMF chief Christine Lagarde met Mr Khan and assured him that IMF stands ready to support his country.

Pakistan getting blacklisted by the FATF will likely hurt its finances and may derail its planned investments and incoming aid, plunging the country into a serious balance of payments crisis from which recovery would be hard.